Flooding in the U.S. state of Maryland 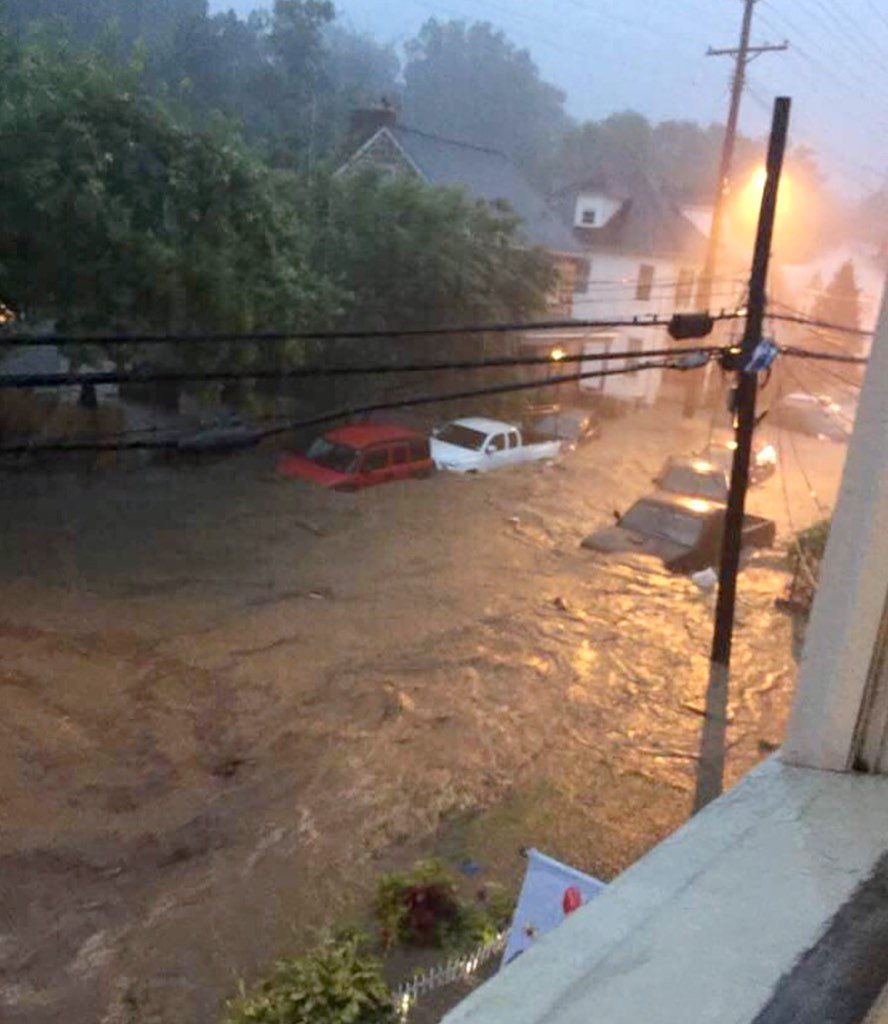 As a result of severe flooding in Ellicott city on Saturday evening destroyed part of houses and businesses. The overflowing rivers flooded streets of the city Ellicott city (Maryland), located 30 miles from Washington.

As a result of severe flooding in Ellicott city on Saturday evening destroyed part of houses and businesses. 22:30, the local government launched rescue operation.

One of the main streets, the main street flooded so badly that its inhabitants had to be evacuated to a nearby Park, located on the hills. According to residents, the water reached the roof of the car. The flood washed away cars, trees and debris, ” told one of the women in the channel.

Many trees in Ellicott city had fallen, told the city authorities, and some drivers due to the pouring stream was even locked in cars. Municipality asks residents not to leave their homes. At the moment, according to rescuers, the water level begins to subside, but a flood warning is valid in the city until 4:15 Sunday morning.

As a result of strong storm rains of the river Patapsco and little in Patuxent overflowed, they could destroy the dam.