Flooding in the Volgograd Region of Russia 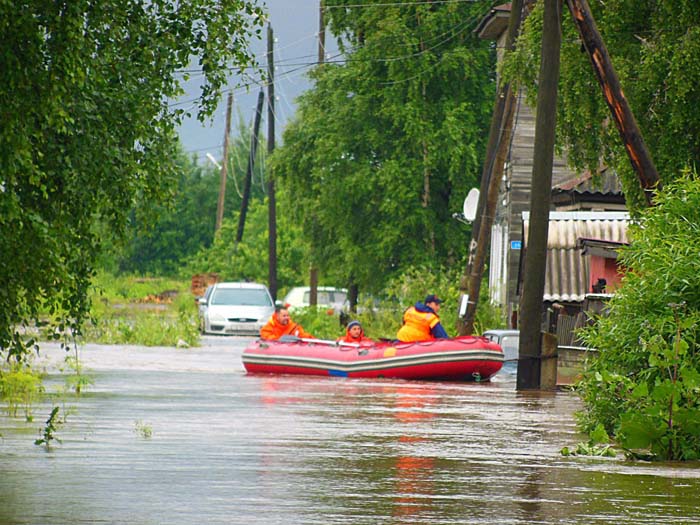 In the Vytegorsk district due to showers introduced emergency mode. According to the regional department of the Ministry of Emergency Measures, a very heavy rain fell on Vytegra last night, which has not stopped yet. Strong precipitation led to flooding of 30 household plots, about 50 people were evacuated. In the city more than 30 streets are flooded, roads are washed away.

As the press service of the governor of the Vologda region informs, the personnel of the Arctic rescue center Vytegra and the local detachment of the Federal Fire Service have been mobilized. In the emergency zone, a combined group of rescuers, power engineers, road and utilities specialists works: 77 people and 26 vehicles, including boats and unmanned aerial vehicles. Because of the danger of flooding, the residents of the city are being evacuated from the houses.

According to the meteorological station for the night in the city dropped 83 mm of precipitation.