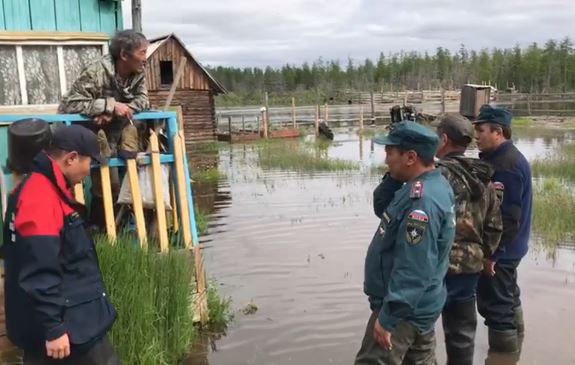 20 houses, more than 60 yards and a number of social facilities in several settlements of Yakutia remain flooded due to floods.

As of July 25, in the village of Svatay, where 469 people live, 18 households with 57 people, four socially significant objects, streets and two pedestrian bridges have been partially flooded. The resettlement in the TAC (temporary accommodation) was not carried out, the water level in the Alazeya River is below the critical level and continues to fall.

It is noted that 46 households are flooded in the village of Argakhta, 19 houses are flooded with water. Tenants are settled by relatives, and three people are at the temporary accommodation center. The building of the school, the school workshop and the garage, the streets and the heating network were also flooded. The water level per day decreased by two centimeters – up to 891 centimeters at a critical 777 centimeters.

In all the flooded villages, rescuers and operational staff work. Where the houses were freed from water, commissions began to calculate the damage.