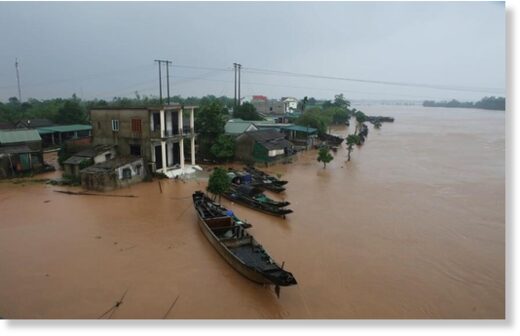 40 people have died in Vietnam and Cambodia, and many others have gone missing, including rescuers, due to prolonged heavy rain and flash floods as tropical storm Nangka approached the Vietnamese coast on Tuesday.

Heavy rains since early October have caused deadly flooding and landslides in several provinces in central Vietnam and displaced thousands of people in western Cambodia, officials and state media said.

Floods are expected to worsen in the coming days, with Tropical Storm Nangka predicted to cause even more rain as it hits land in Vietnam on Wednesday.