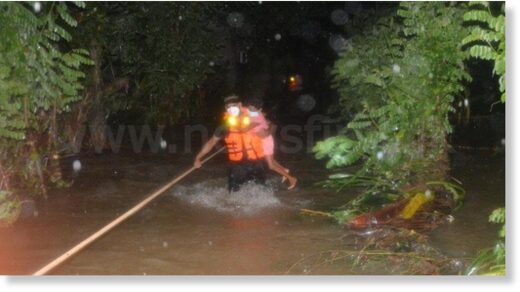 Sri Lanka has experienced heavy rains since May 10, 2021. As of May 13, the Disaster Management Center (DMC) reported flooding and rain damage in the Ratnapura, Colombo and Puttalam areas, affecting about 1,000 people and displacing 175. Lightning and high winds also caused damage between May 11 and 13, 2021.

DMC reported that between May 11 and 12, flooding in Ratnapura damaged 3 homes and affected about 10 people. In Colombo, flooding on May 13 displaced 175 people from their homes. In Puttalam District, flooding on May 12 affected 485 people in Chillau District and 266 people in Arachikattuwa.

The heavy rainfall was a result of a low pressure area that formed in the southeastern Arabian Sea. The Department of Meteorology warned on May 13 that “the prevailing rainy weather in the southwestern parts of the country (especially in the South, West, Sabaragamuwa, North Central and Central provinces) is expected to continue. Tonight, very heavy rainfall in excess of 200 mm will fall in some places.”