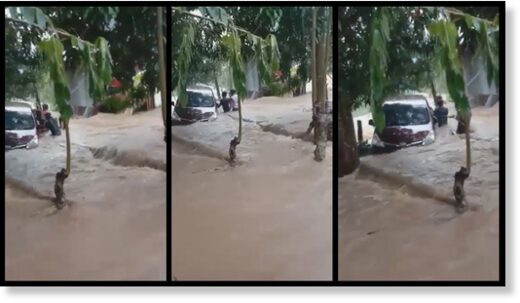 Authorities in the region report that at least one person died and three went missing after a landslide that hit the city of Geneponto late in the evening of June 12.

Three houses were buried under a landslide, another 6 were seriously damaged. Search and rescue teams assisted by local volunteers are still looking for three missing people.

Meanwhile, in the neighboring Bantaeng Regency area, floods affected nearly 12,000 people and led to the displacement of about 200 people in the Bantaeng and Sinoa areas. It is reported that as a result of the flood, one young man died, who is still reported missing.

The flood that occurred on June 12 after heavy rain led to the Calendu River overlooking the banks. Flood water was up to 1.5 meters deep in some areas, causing damage to 2339 houses and destroying the bridge.