Floods and landslides in Colombia 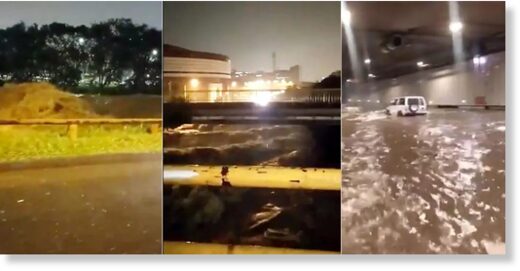 Colombia’s Civil Defense reports that heavy rain has affected several departments in the country over the past few days, causing floods and landslides that damaged homes and killed at least 3 people.

Three deaths were reported after heavy rain caused a landslide in Florence, the capital of the Caqueta department, on April 5, 2021. As a result of the landslide, the building collapsed, killing 3 residents.

Landslides have also been reported in parts of the capital, Bogotá. At least 35 people were injured and 4 houses were damaged in 2 separate landslides in the city from April 1 to 5.

Meanwhile, in the Risaralda department, stormy weather, including heavy rain and flash flooding that began on 2 April, has affected the municipalities of Pereira and Doskebradas. More than 40 houses were damaged.

The flooding also affected parts of the Cundinamarca department. On 5 April, more than 70 people were affected by floods in the municipality of El Rosal.