Floods and landslides in Vietnam 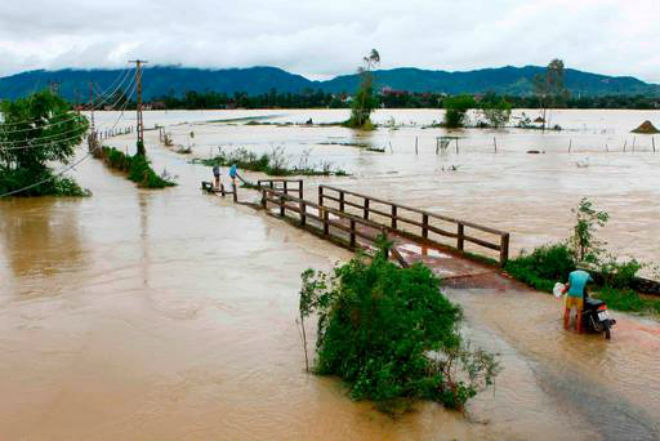 Floods and landslides caused by tropical depression in Vietnam killed at least 37 people, 40 more are reported missing, more than 20 injured.

According to the Office for Disaster Management in Viet Nam, more than 1,000 homes were destroyed or damaged as a result of the natural disaster, 16,740 more homes and large areas of crops in six central and northern provinces of Vietnam are flooded.

The most severely affected northern province of Hoabin, where 11 people were victims of floods and landslides, 21 more were missing.

In the northern province of Ninh Bin, 200,000 people are called to be evacuated.

Minister of Agriculture Nguyen Xuan Quong said on Wednesday that in the northern and central regions such a large amount of precipitation fell for a short time for the first time in a decade.

According to forecasts of meteorologists, even more intense precipitation is expected in the affected areas on Thursday.