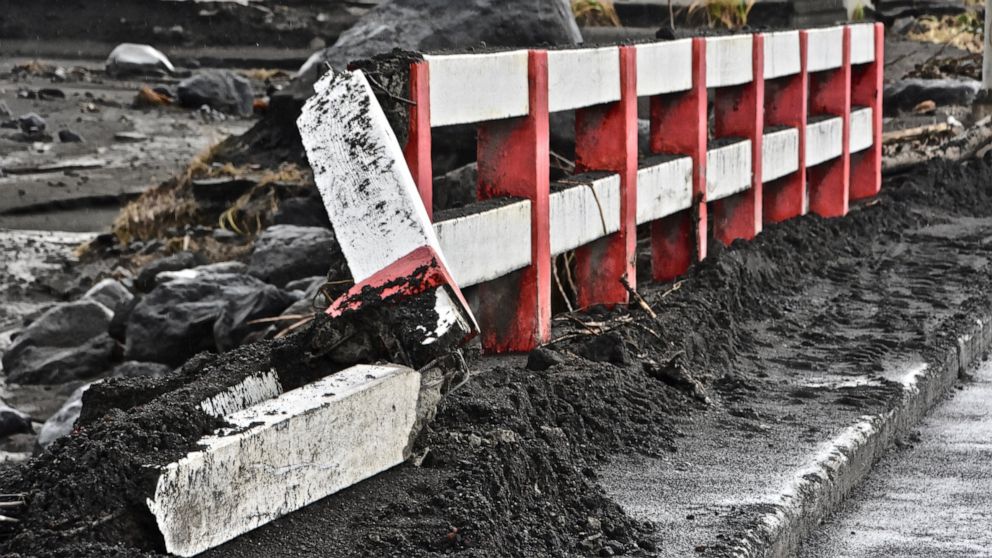 Heavy rains have hit the island of St. Vincent and the Grenadines, causing flooding and landslides that have damaged some homes and further exacerbated the situation in areas already affected by heavy ashfalls from the eruption of the La Soufriere volcano.

Authorities said there were no reports of deaths or injuries as the storm lashed the Caribbean country for several hours, with some areas receiving between 3 inches (7.5 centimeters) and 5 inches (12.5 centimeters) of rain. Weather forecasters warned that another 2 inches (5 centimeters) is possible over the next 24 hours.

There were reports of collapsed roofs and some structures destroyed by landslides and flooding in rural areas, and authorities said bridges were also damaged. Problems in the capital Kingstown were limited to high water.

“I drove my car into Kingstown this morning. However, if the flooding doesn’t subside, I may have to leave it in town,” said Darren Williams, a salesman.

The disasters come after a series of eruptions from the La Soufriere volcano that began April 9 and filled parts of St. Vincent with heavy ash that damaged buildings and destroyed farm fields. More than 20,000 people were displaced from their homes, and water and electricity supplies were disrupted.

Roderick Stewart, a volcanic seismologist at the University of the West Indies Seismic Research Center, told a state radio station that monitoring equipment recorded signs of lahars — dangerous landslides of rapidly moving volcanic ash turned into a slurry by the downpour.

“Our seismometers are picking up signals from lahars in several places, so we suspect lahars are in all the main drains, and they may have caused quite a bit of damage as they came down from the volcano into the sea,” Stewart said.