Floods and tornados in Cyprus 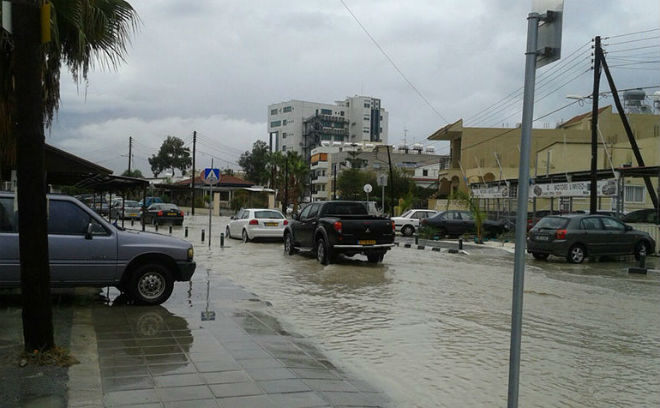 The tornado caused damage to farms in Paphos, farmers turned to the state for help. A tornado hit the areas Ahelia, Anarita and Timi, demolishing the roofs of the buildings and uprooting trees.

Former Christodoulos Papalins from Anarita said his potato harvest was completely destroyed, heavily damaged structures. Another farmer, Kostas Constantinou, said that some of his animals died because of the collapsed roof during the impact of bad weather.

Difficult weather conditions with winds and rains caused serious damage to the region of Paphos. On the morning of Thursday remained without electricity for the town of Polis and the nearby village of Steni, goody, Prodromi, Paphos town, Androlikou, goody and Droushia.

Firefighters reported that responded to fifty calls for assistance over a 24-hour period until Friday morning, most of the calls were related to extreme weather conditions the last few days. Specialists provide assistance in incidents of bad weather. Around the island were open drainage channels on the flooded roads, with tractors, vehicles evacuated from flooded streets, carried out the removal of fallen from-for a strong wind the trees and pumping water from flooded basements and buildings.