Floods and villages in the northwest of China killed 12 people 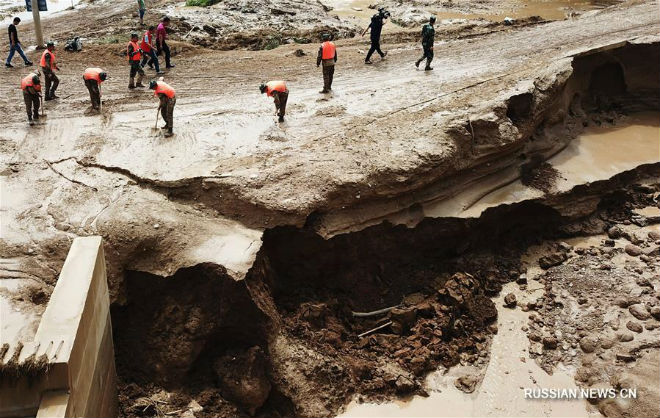 As a result of heavy rains and subsequent floods in Gansu province in northwest China, at least 12 people were killed, another 39 people were injured.

In places in the Linxia-Hui Autonomous Region, more than 100 mm of precipitation fell. Downpours caused floods and landslides in mountainous areas. Dunsians autonomous county was the most severely affected by the disaster, where all the deaths occurred. The victims were hospitalized, the fate of four people is unknown.

As previously reported, the authorities urgently evacuated from the affected area more than 2 thousand people.