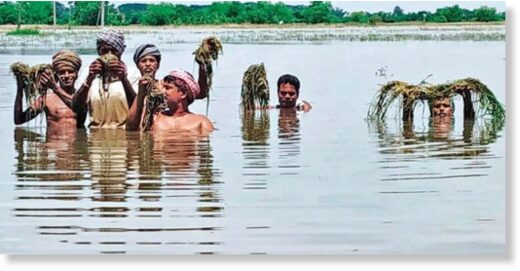 The devastation highlighted the magnitude of the damage in the flood-affected area of ​​Kendrapara, where farmers were most affected.

“The floods have completely disrupted the rural economy. Farmers have spent huge sums of money growing rice seedlings that were damaged during the floods. The flood has destroyed our lives and now we are facing a bleak future, ”said Sarat Sahu, a farmer from Manapur village near Rajkanika.