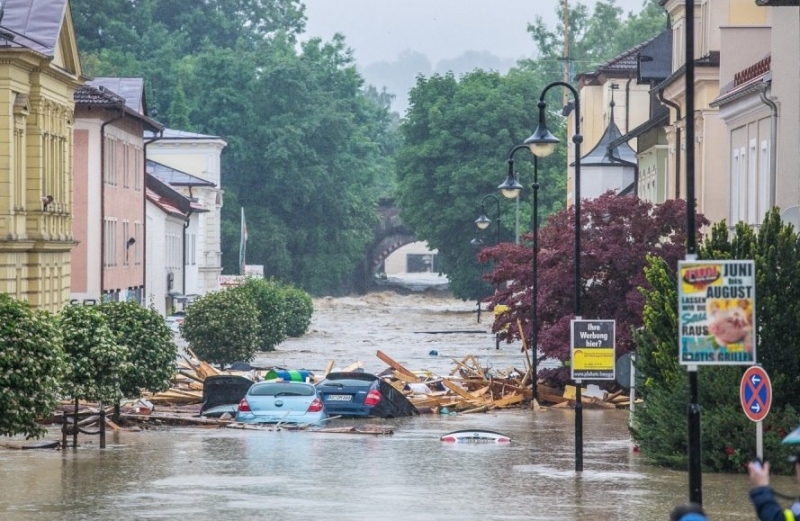 In southwest Germany on Wednesday, June 1, because of the continuing rains have created a catastrophic situation. In connection with the severe flooding in Bavaria, killing at least four people, several people were missing. Alerted, locked in buildings to save people with helicopters and boats.

The most affected district of Rottal-Inn in Lower Bavaria. In the city of Simbach-am-Inn, the water rapidly rose several feet, carrying away cars and trees. People took refuge on the roofs of houses, at least three were drowned. Approximately 350 children are forced to spend the night in school buildings, as access roads flooded. Authorities evacuated one of the refugee shelters. Another drowned woman found near the settlement Ulbah. Power outages affected about 9,000 households. By evening, the situation is a bit dead, the damage, according to preliminary estimates, will amount to tens of millions of euros. 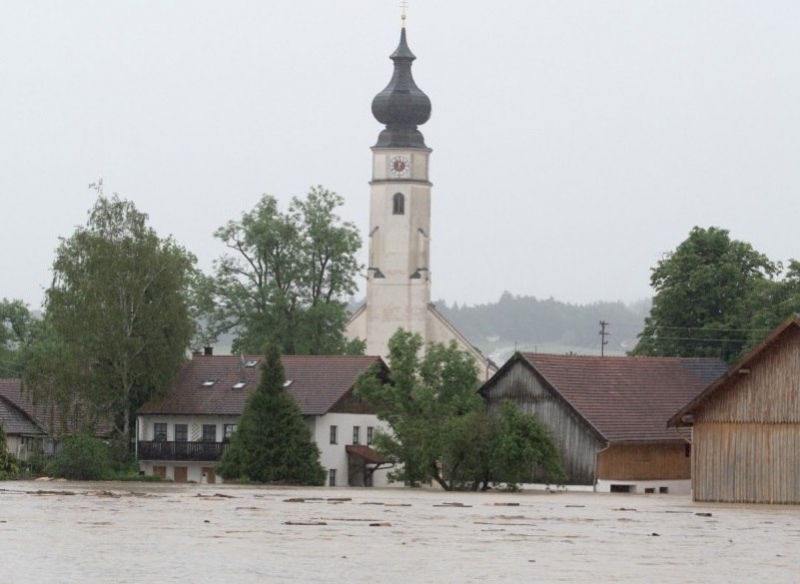 In the town of Interturk water washed and swept the whole house, no one was hurt. In some places the streams of water completely flooded bridges. 20 students, making a boat trip on the river Regen, were forced to land on one of the Islands, to help them come to the rescue. On the Federal highway B12 the drivers of heavy trucks climbed on the roof of the truck for fear of drowning. In Passau alarm is declared.