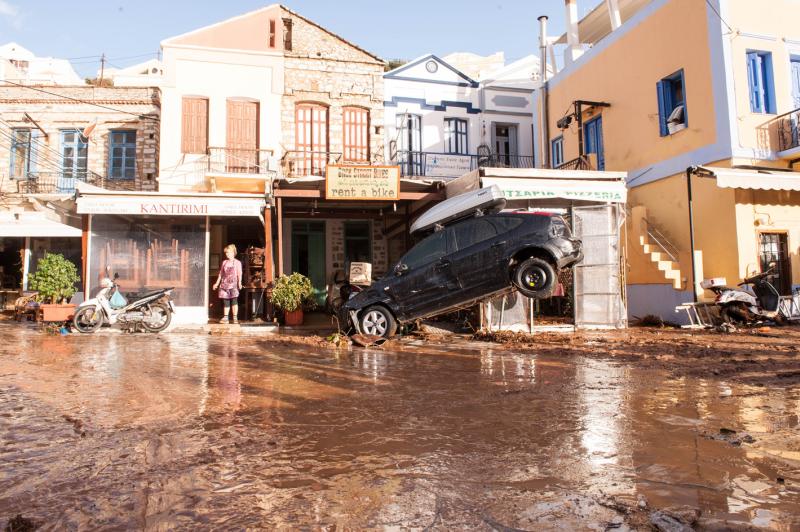 The Greek authorities assessed the damage in the areas of Western Attica affected by the sudden floods on 15 November.

According to the representative of the government Dimitris Tsanakopulos, special technical departments of the Ministry of Infrastructure and Transport, consisting of 120 engineers, conducted 1154 inspections to register damage in Mandra, Nea-Peramos and Megara.

In the municipality of Mandra Idylia, 925 inspections were carried out and it was determined that 733 buildings were affected by the floods. Damaged buildings include 588 houses, 67 offices, 5 public buildings and 73 warehouses and a basement.

In Megara and Nea-Peramos 229 inspections were carried out and it was established that 222 buildings suffered from flooding, including 142 residences, 30 business premises, 2 public buildings and 48 warehouses and cellars.

Owners of buildings that are believed to have suffered damage will be eligible for compensation from the Greek government.

“All buildings that received damage will receive emergency financing of 5,000 euros, while enterprises in the same situation will receive 8,000 euros,” said Dimitris Tsanakopulos.

As previously reported, as a result of floods in Western Attica, 20 people were killed. At least 96 people were rescued from flooded houses and cars.
Floods are considered one of the worst in the history of the region.