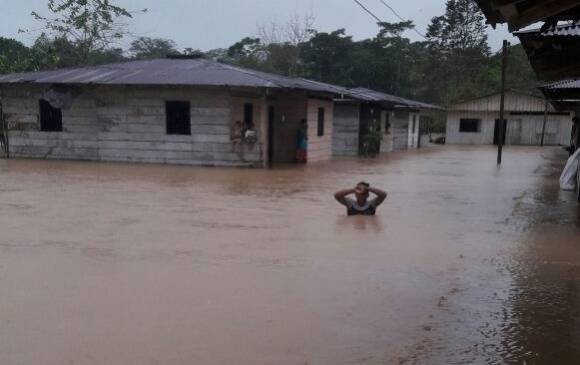 Heavy rains caused a flood in northwestern Colombia. The disaster affected the lives of about 2 thousand people, reports Floodlist.

As a result of intense precipitation, the river Murindo, which flows in the same municipality in the Uraba region, left the banks. About 145 houses were damaged by flood waters, at least 14 houses were completely destroyed. Four people were injured, while information about the dead was not received.

In addition, roads and bridges have been damaged in this area, as a result of which some remote villages were completely cut off from the outside world.

Rescuers deliver food and other necessary assistance to the affected areas by helicopters.

Local authorities plan to declare a state of disaster due to flooding.