Floods in the Chinese province of Jiangxi 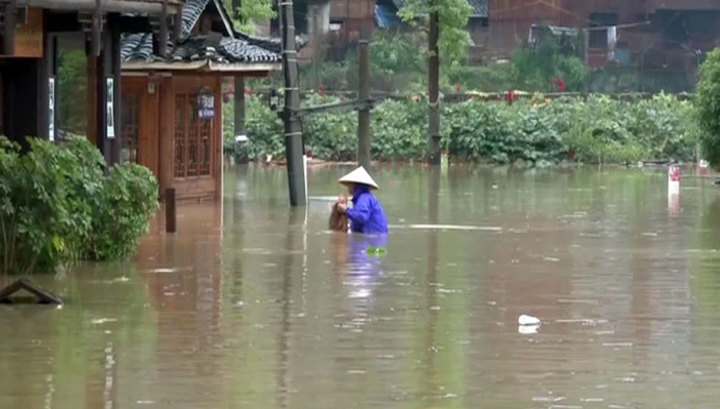 In the eastern Chinese province of Jiangxi over the past few days, heavy rains have caused economic damage to the region amounting to more than 400 million yuan (about $ 60.6 million). Such data are reported by Xinhua agency, referring to the information of the local Headquarters on flood and drought control.

In 24 counties, cities and districts of the province due to heavy rainfall, the normal life of more than 300 thousand people. Local authorities had to evacuate from the flooded settlements more than 19 thousand people.

According to preliminary data, one person was killed in Fuzhou City – it was washed away from the road to the river together with an agricultural machine. It is in this city recorded the highest level of precipitation, dropped out over the past few days – 139.2 millimeters.

The damage to agricultural crops on the area of ​​more than 28 thousand hectares, destroyed more than 90 residential buildings. Currently, the most serious situation has developed in the cities of Yingtan, Yichun, Nanchang, Fuzhou, Jian, Jingdezhen and Jiujiang. According to forecasts of meteorologists, weather improvement and precipitation decrease will come on July 8.