Floods in the Irkutsk region 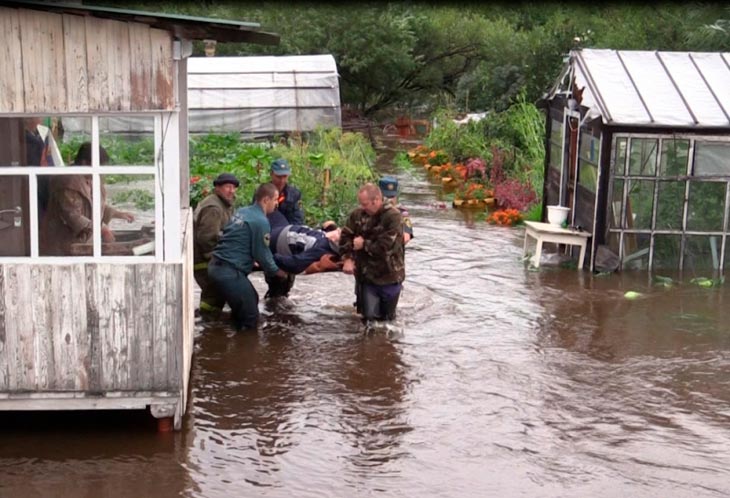 11 districts were under the front of bad weather in the Irkutsk region. Most rain actually three monthly norms was registered in Angarsk, Irkutsk, Patrony, Irkutsk area, and also near the mountains of Khamar-Daban and in the Slyudyanka district.

In this regard, on the left tributary of the Angara river observed rainfall flooding. Currently, the rainfall intensity has decreased, but rising water level on the rivers is continuing, particularly on the river Irkut in Shelekhov district, according to regional GU Ministry of emergency situations.

In the village Baklushi the water level on the river Irkut has reached a critical level. Evacuation is carried out of the flooded sections of gardening “Work” and “energetic”. The elderly and those with chronic disease people with targeted medical assistance. Operational groups are also in the village Baklushi and Vvedeniya.

Summer camps “Sun”, “Intellectual” and “health giving” children are taken by bus. According to at 18:00 (irc), in Shelekhov area of horticulture Energetik evacuated 26 people, of SNT Trud — 59. In the temporary accommodation delivered to 4 people. The rest of the citizens of the decline of the home.