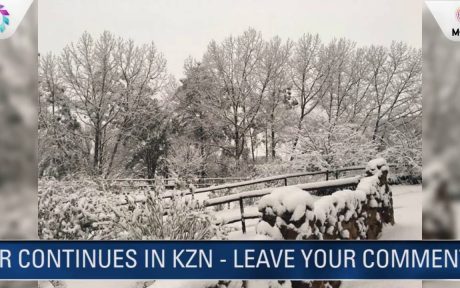 South Africa over the last few days have suffered from record rains, floods, landslides and even snow. At Johannesburg was hit by a tornado, injured at least 24 people.

Severe weather conditions have been caused by a field of low pressure slowly moving along the southern coast of the country. Heavy rains have caused floods in Durban, Amanzimtoti and Chatsworth, while Johannesburg has suffered from large hail and tornadoes.

A large Durban in just 12 hours on 25 July, fell 150 mm of rain — five times more than the average in the region in July. Only from 24 July on the coastal strip hit 315 mm of rain — a third of the normal city number.

Meanwhile, in the South-Eastern part of the country was hit by heavy snowfall, causing traffic jams between Eastern Cape province and the province of KwaZulu-Natal.

According to the forecasts of meteorologists in the coming days with severe weather conditions in South Africa will continue. Local residents are urged to be cautious, since heavy rains and squally wind can cause more destruction and flooding. Bad weather can also affect air traffic. Meanwhile, in the mountainous regions of the projected snowfall.