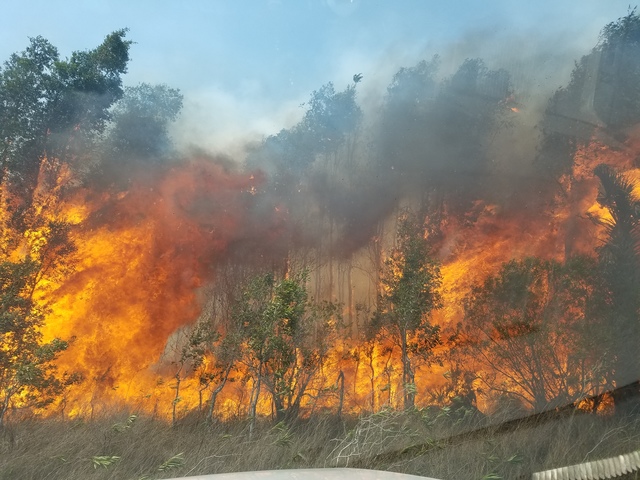 Because of forest fires in Florida last weekend, sections of the main roads were closed, since the smoke reduced visibility to zero. According to the authorities, on Sunday afternoon 110 fires were blazing.

The total area of ​​burnt land at the moment is about 51,000 hectares, which exceeds the average five-year period.

On April 11, Florida Governor Rick Scott declared a state of emergency, referring to the fast-growing forest fires that broke out across the state, and the high potential for increasing their numbers this season.

One of the biggest Cowbell Fire fires in the Big Cypress National Reserve in Everglades has spread almost 7,280 acres on Sunday morning, covering 50% of the perimeter.

The past winter has become the second warmest and one of the driest for Florida. According to the Florida Department of Agriculture, rainfall in January and February was below average. Only in Panhandal during the storm on 21 and 22 January they were abundant.

The season of fires in the Sunshine State usually peaks in April. Traditionally, this is the driest month in the region. An unusually dry winter this time created all the conditions for an active fire season.

Officials warn that the situation will worsen, as during the whole spring and early summer more dry and warm conditions are expected, in part due to the weak episode of La Niña, which ended in December. As a rule, La Niña leads to drier conditions for the southeast, and while fluctuations in the Pacific region are now shifting toward the opposite end of the spectrum – El Niño – in Florida, changes will be felt no sooner than a few months.

Although the season is one of the most active in a few years, while firefighters cope with the fire. “Four or five years have passed since we had a normal season of fires. People have already forgotten what it is. Therefore, we are ready for any surprises, “said Sean Galagher, a spokesman for the Florida Fire Service in an interview with Florida Today.