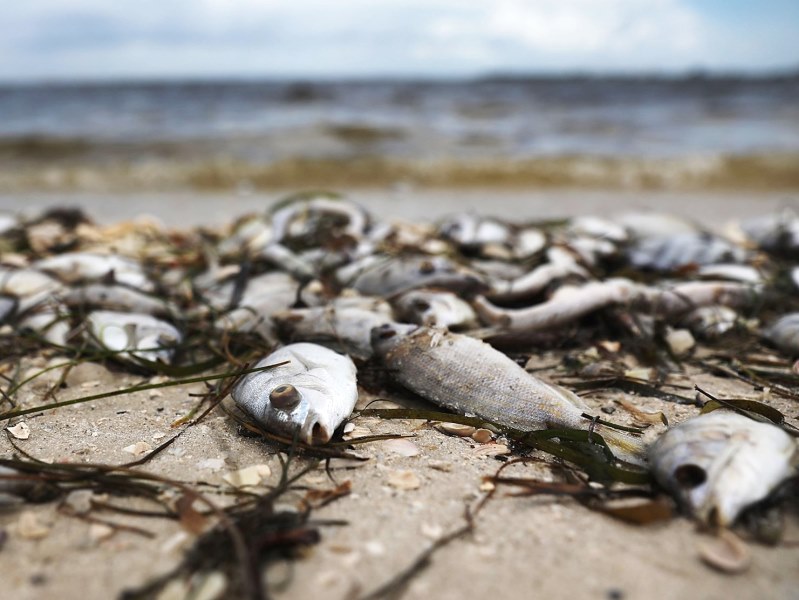 Along the coast of Florida, algal blooms occur annually, the difference is in the scale of the phenomenon. This summer has brought an ecological catastrophe – this has not been observed in the last 10 years either over the seized areas or the death of marine inhabitants.

First, the “red tide” began. “Red tides” are named because intensive reproduction of phytoplankton containing red pigment leads to the coloration of ocean water in the corresponding color. Now the flotilla of microorganisms has decorated the Gulf of Mexico in the color of rust. Multiple activity of bacteria significantly reduces the oxygen content in water. And if we take into account the fact that agricultural fertilizers, sewage and other substances falling into the Gulf of Mexico with the flow of rivers, are already accelerating and intensifying the flowering of algae, then the dead zones cover huge sea areas. Because of oxygen starvation, the fish dies this year in such quantity that covers the coastal territories with a continuous blanket.

“Red tides” seem to increase in frequency of occurrence during the last 20 years. The current flowering is incomparable with the 17-month flowering, which lasted from the end of 2004 to the beginning of 2006, but much has already been done. Following the “red tides” this summer, followed by the flowering of the so-called blue-green algae – cyanobacteria. With the flow of water, they penetrate rivers and canals and spread a disgusting smell for miles. 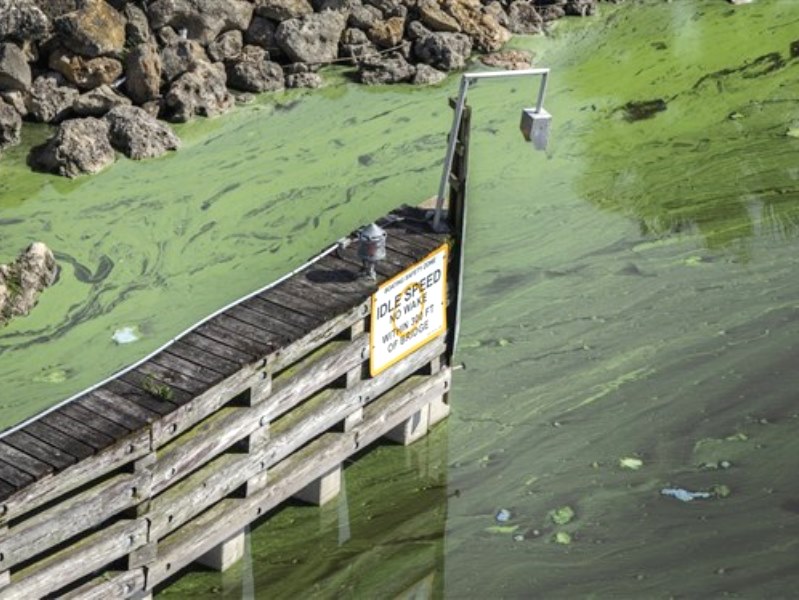 More than a dozen people have already applied to local emergency centers after bathing in such water, NBC News reports. Cyanobacteria produce toxins that adversely affect people and animals, including poisoning, suffocating and serious allergic effects.

For example, since the beginning of the year, besides the many fish in the bay, 80 manatees have already died – this is 13 more than for the whole of last year. And in Florida is the largest refuge of these sea cows: they are so nicknamed animals for the use of exceptionally plant foods. In the US, many tourists come to get acquainted with manatees. Today, the tourism industry is suffering immense losses – both because of the polluted beaches, and because of the mass death of marine creatures decaying in the coastal waters. Now the authorities are carrying out extraordinary measures to clean up the water area, but this will take a lot of time.

The key factors for the appearance of cynobactria are heat, warming up of sea water and anthropogenic factor.