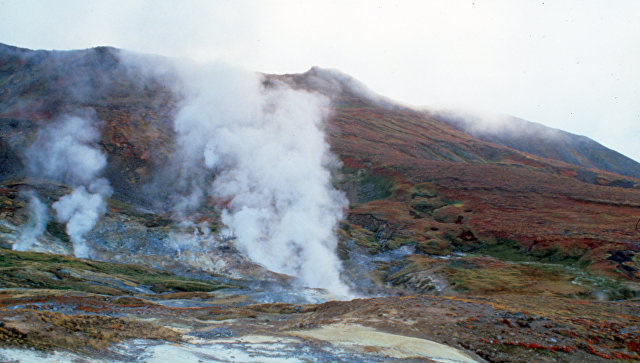 In Kamchatka there was an eruption of the volcano Kambalnoye, the latter was recorded more than 200 years ago, reports the Kamchatka Volcanic Eruption Response Team (KVERT) of the Institute of Volcanology and Seismology of the Far Eastern Branch of the Russian Academy of Sciences.

The volcano has an “orange” code for aviation danger. This means that at any time in the gale ash emissions can occur to a height of up to 6-8 km, which can pose a threat to international flights and low-flying aircraft.

As reported in the regional head of the Ministry of Emergency Situations, the nearest settlement from the volcano is Ozernovsky village of Ust-Bolsheretsky district. It is located 77 kilometers from Kambalnaya.

“Tourist groups in the volcano area are not registered,” the rescue agency noted.

The Cambal volcano (Cambalnaya) is located in the South Kamchatka volcanic zone in the south of the Kambal volcanic ridge, southwest of the lake of Kurile, in the sources of the Kambalnaya River. The height of the volcano is 2 thousand 156 meters. According to the site of the Kamchatka Scientific Center, Far Eastern Branch of the Russian Academy of Sciences, the last known eruption of the volcano Kambalny occurred in 1769.