Forbes magazine published maps of the world after the global flood

More recently, those people who talked about the inevitability of a global cataclysm were called crazy and advised them to wear foil caps, but now even the most impenetrable skeptics see that our world is changing and not for the better. Climatic anomalies are raging all over the world, and billionaires have already prepared themselves super-technological, long-term underground shelters in the event of the Apocalypse.

There is hardly anyone who can accuse these billionaires of managers of huge companies in insanity and certainly will not offer them a foil cap. Maybe they already know what awaits us and just prepare for it at that time while the rest of the population of the Earth continues to tell us that everything is good and nothing terrible is happening. 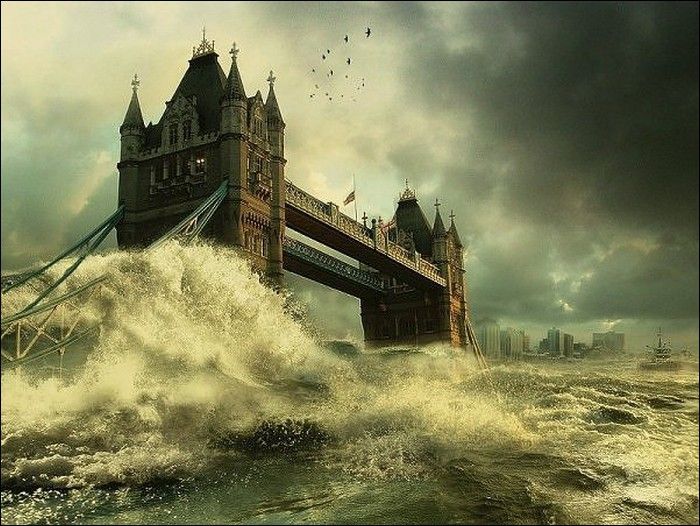 Maybe we should turn to the information that unrecognized prophets gave us. In the early 1980s, spiritual visionaries and futurists gave the key to our changing planet. They were declared crazy prophets, their thoughts about the new world were ignored and ridiculed.

Gordon-Michael Scullion was a futurist, a researcher of consciousness, metaphysics and spiritual visionary. In the 1980s, he claimed that he had a spiritual awakening that helped him create very detailed maps of the future world, which would change greatly due to the cataclysm associated with the pole shift. These maps give a bright and frightening picture of the Earth affected by the global flood. 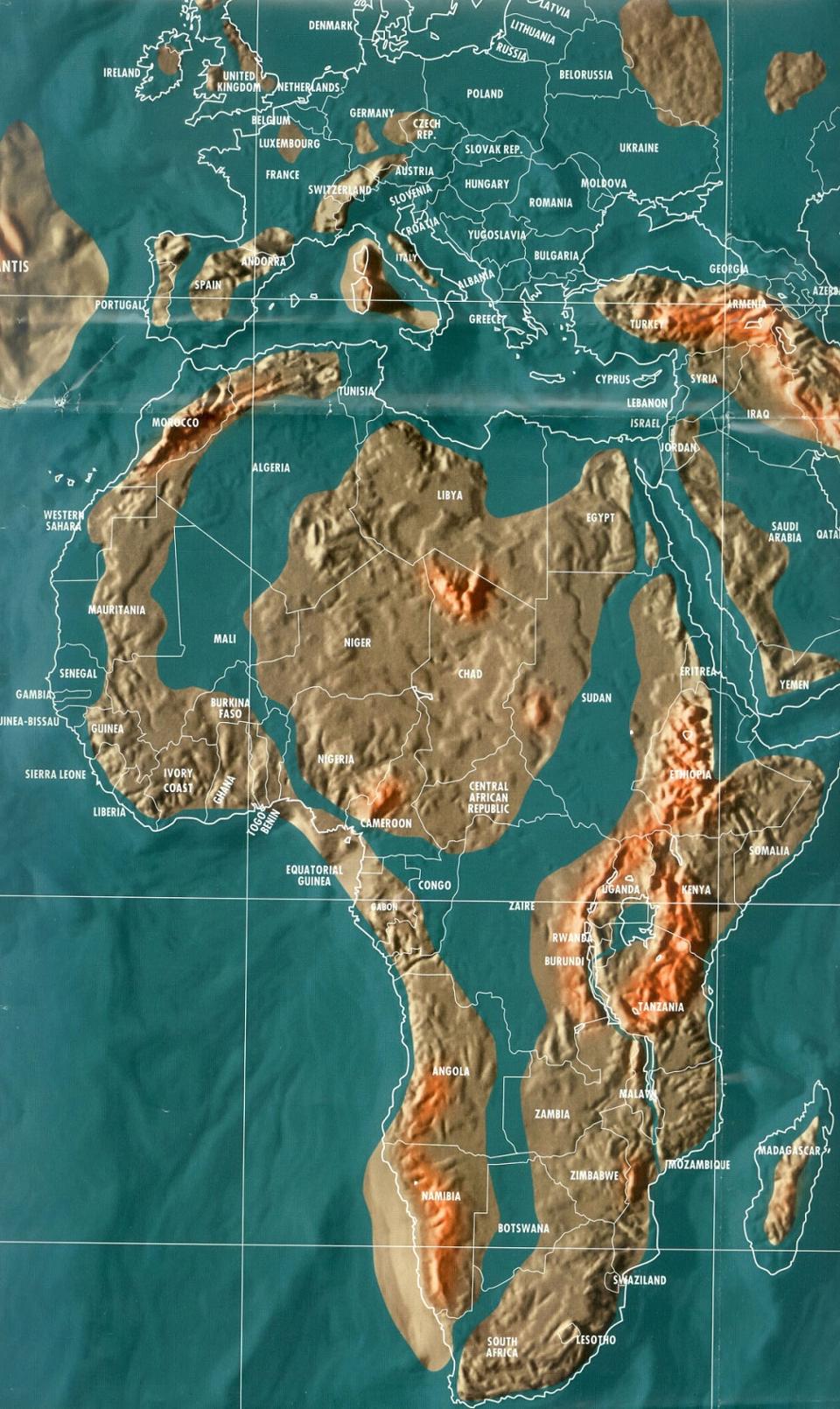 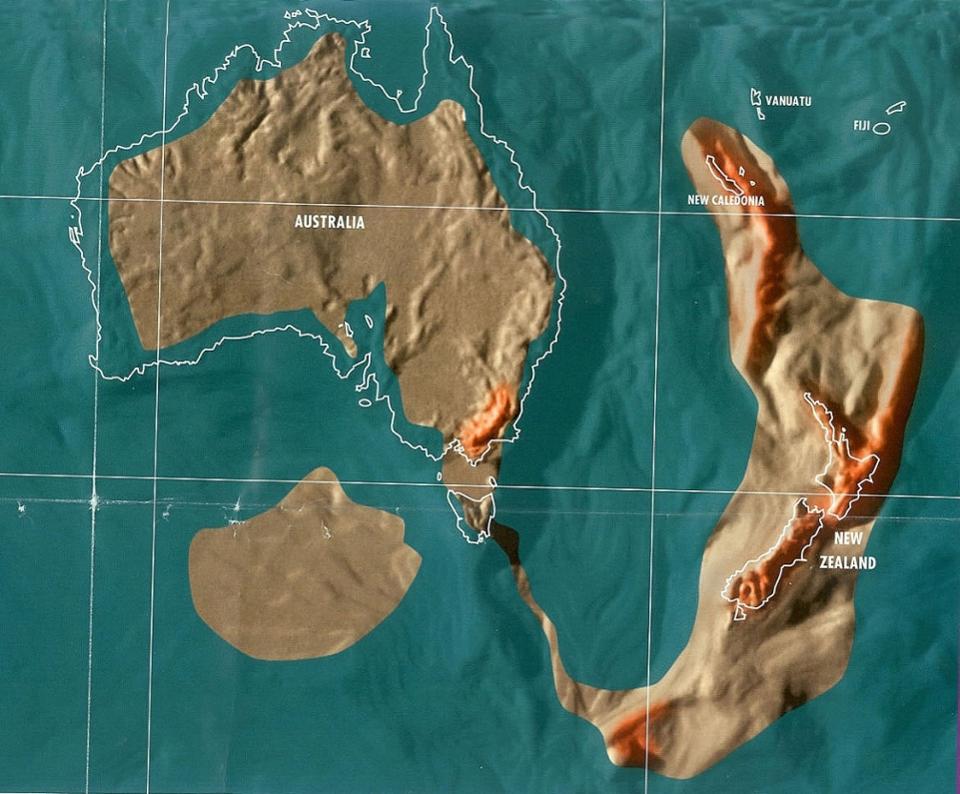 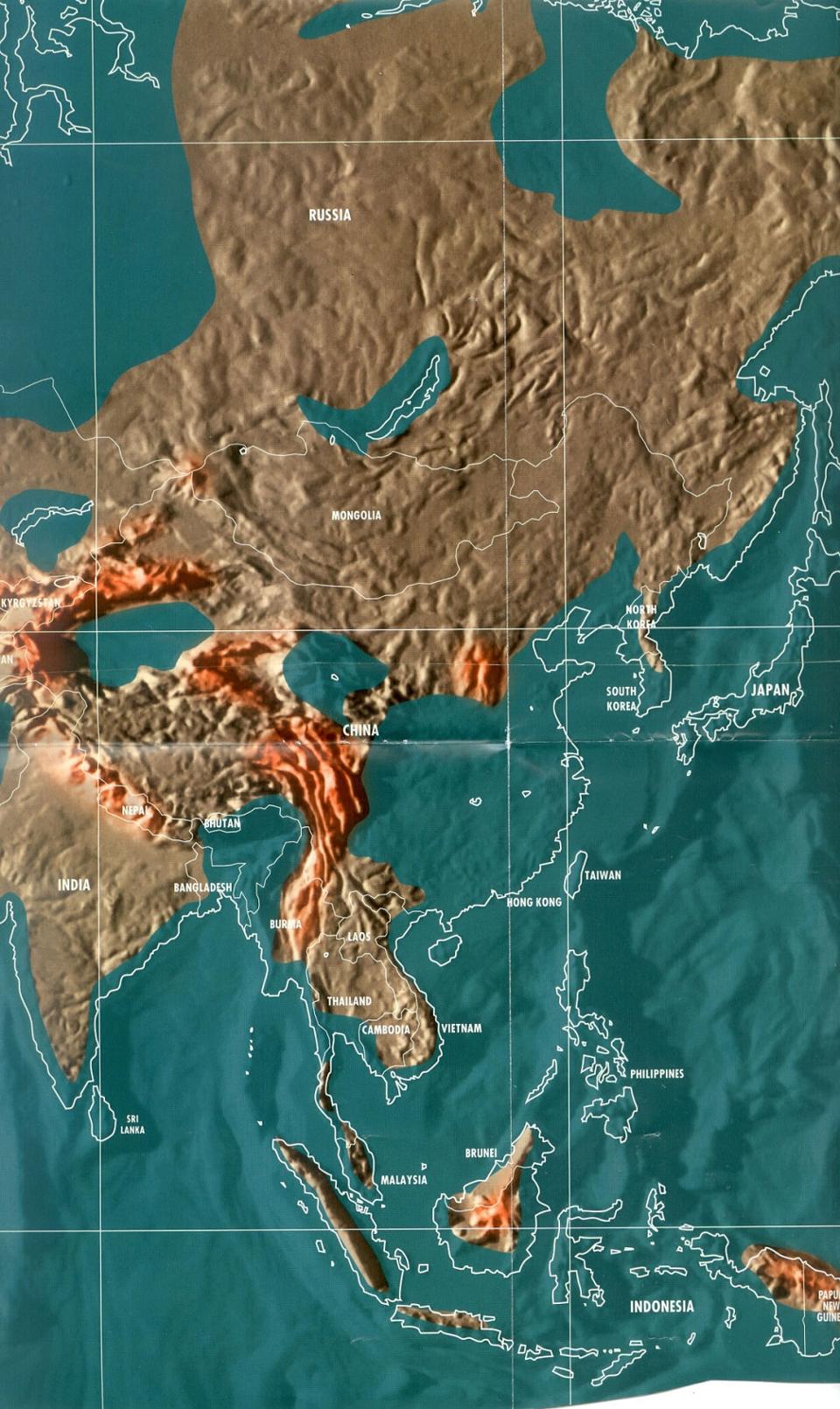 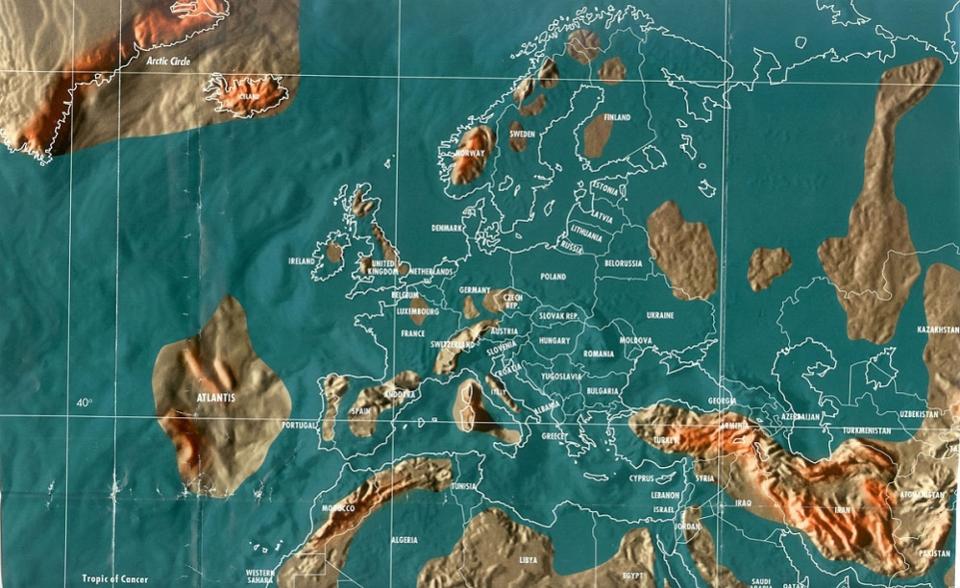 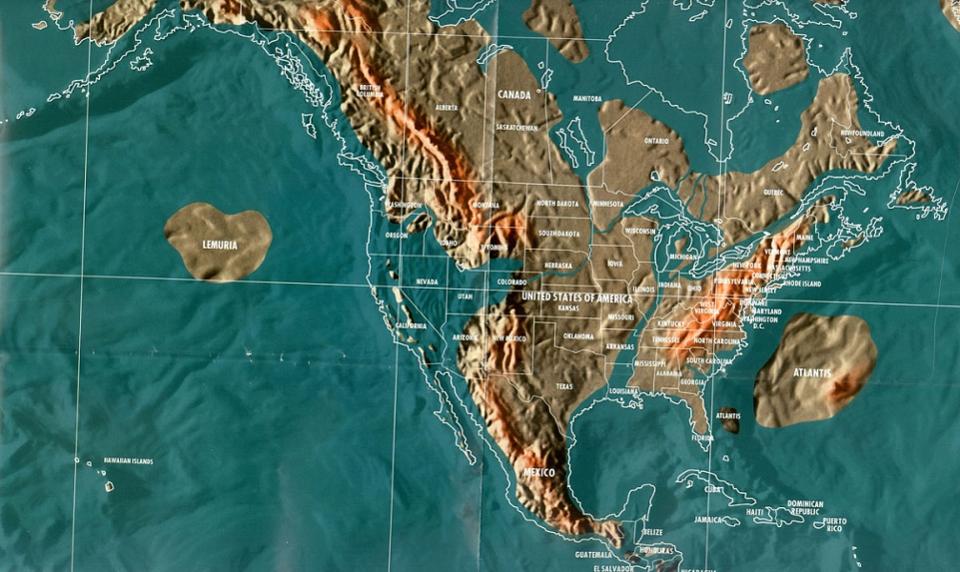 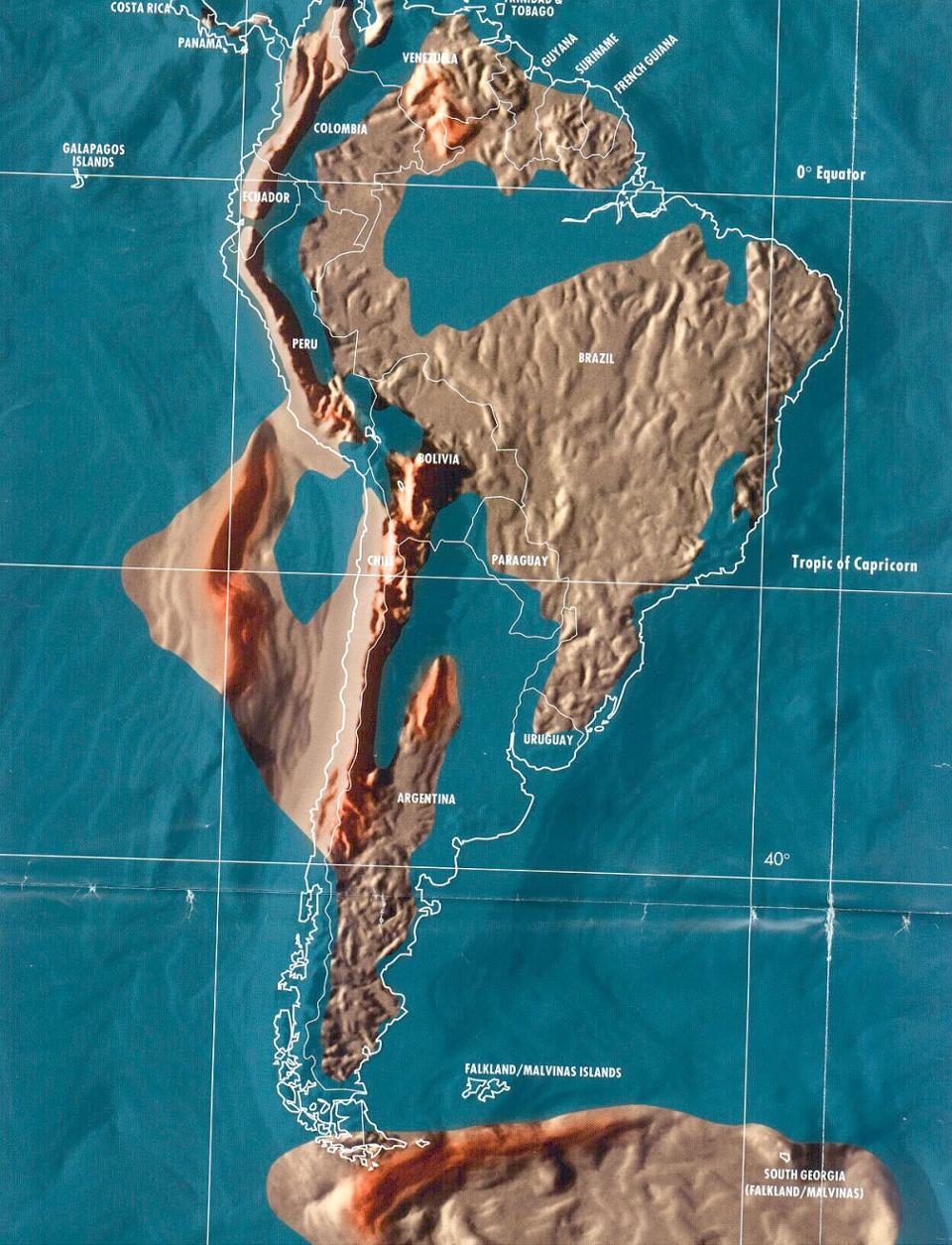 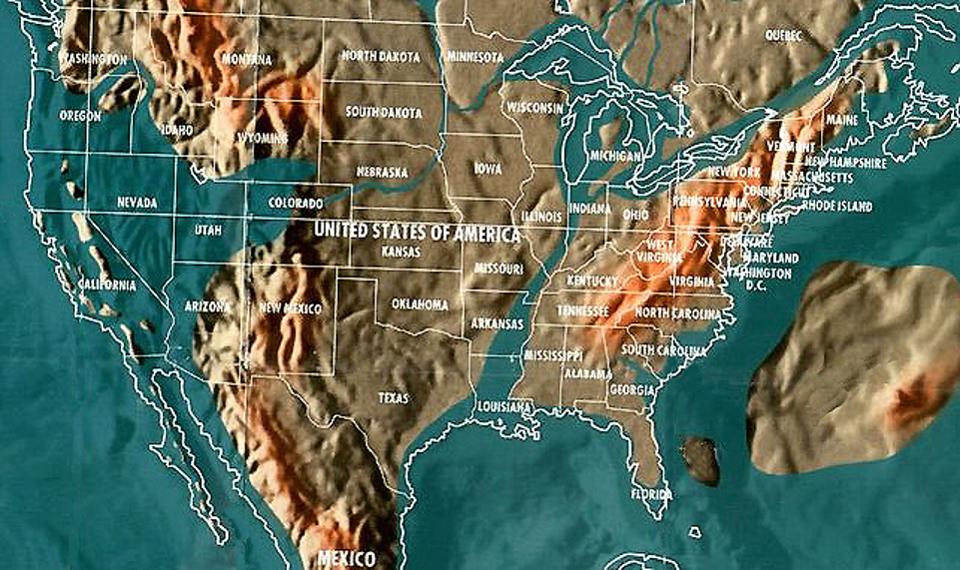 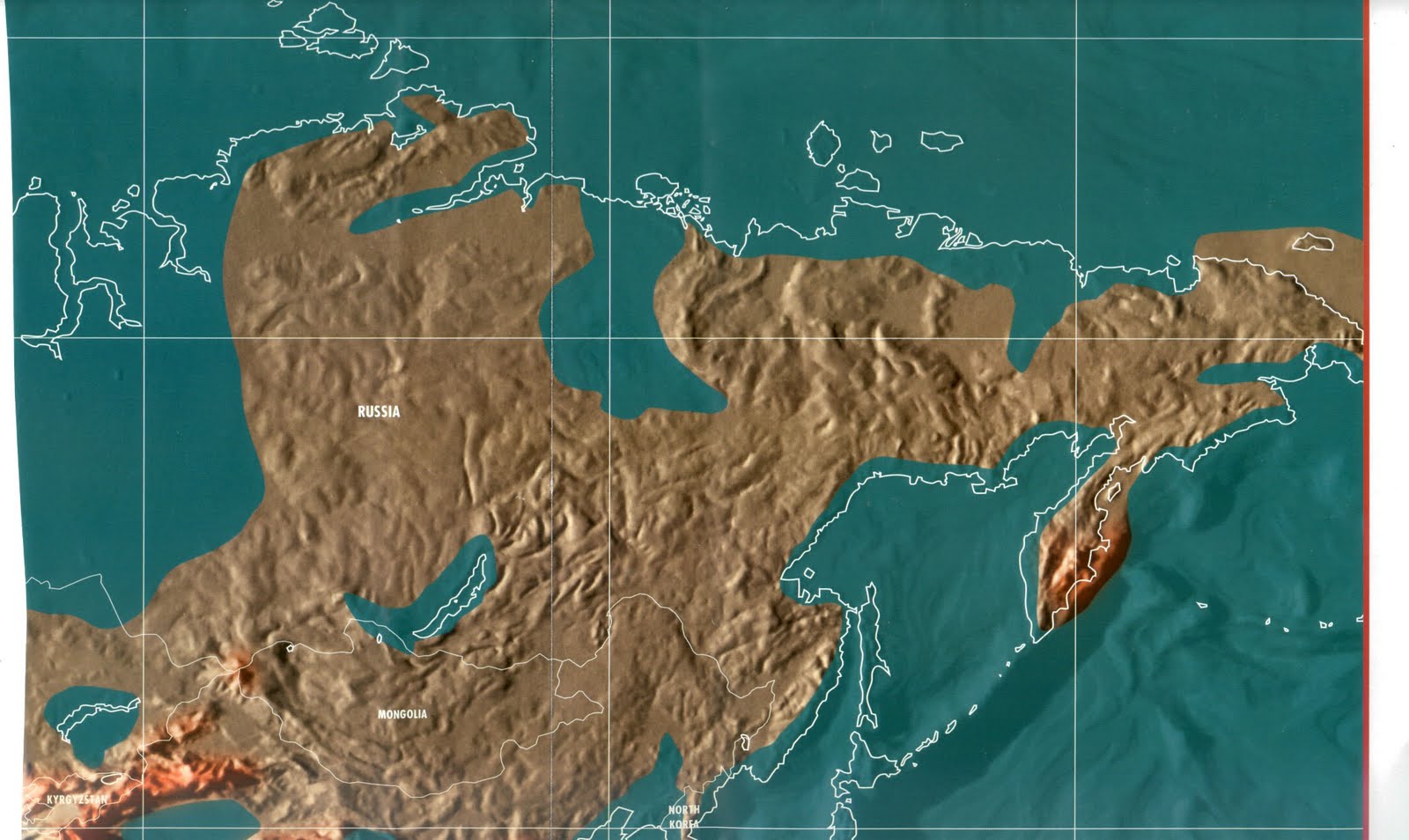 Gordon-Michael Scallion argued that the pole shift will be linked to global warming, nuclear explosions and the misuse of technology. 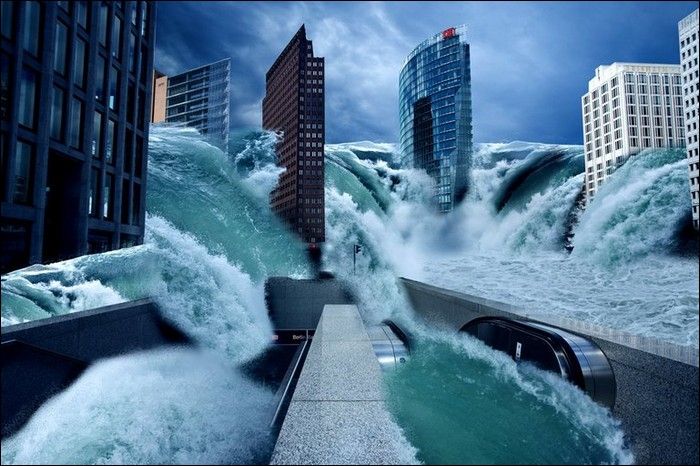 Another great clairvoyant Edgar Cayce predicted a pole shift of 16-20 degrees, while Scullion predicted a shift of 20-45 degrees. Casey predicted that the Volcano of Etna would wake up in Italy and the Mont-Pele volcano would erupt in Martinique. These two catastrophic eruptions will occur simultaneously and after 90 days the authorities will be forced to evacuate the western coast before a massive flood floods the entire coastline. 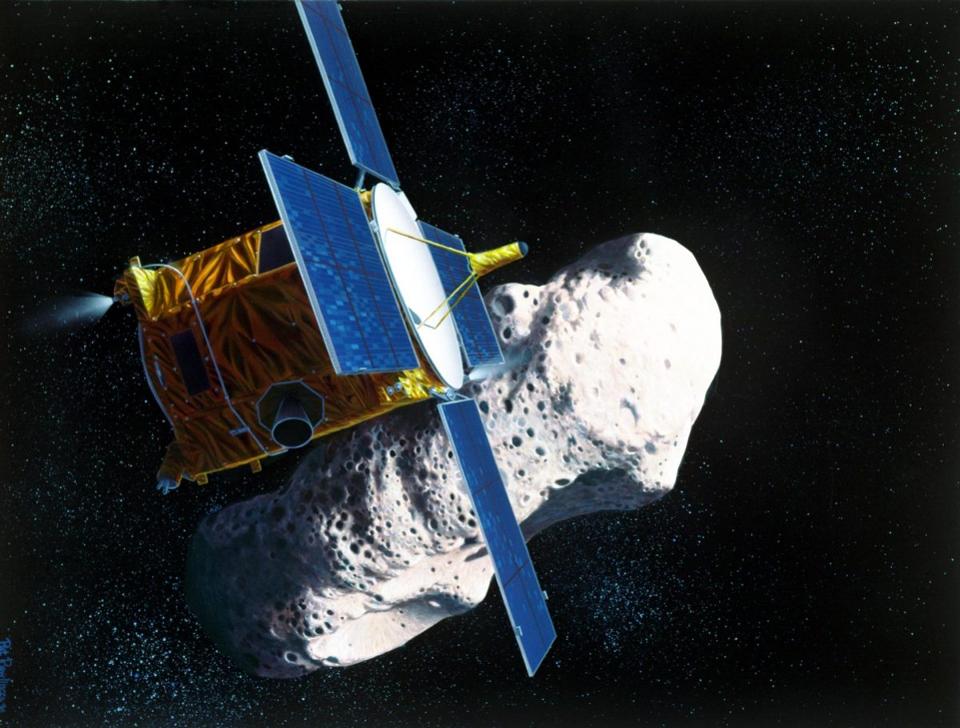 Already, scientists of the world say that the probability of a collision of our planet with a large asteroid is very large and this event will lead to a change in the Earth’s rotation axis.

At NASA’s Jet Propulsion Laboratory in Pasadena, the mission NEOWISE is the official hunter for asteroids. According to Amy Minezer (JPL, chief investigator of NEOWISE), the mission discovered 250 new objects, including 72 near-Earth objects and four new comets. According to NASA, the most dangerous year of asteroid activity in the near future is 2020.

Professor Donald L. Turcott, an expert in planetary geology at the University of California Davis, Department of Earth and Planetary Sciences, says that earthquakes are unlikely to cause a planetary shift and will cause flooding of coastal areas, of course this is possible if the magnitude of the earthquake is catastrophic in magnitude, but this Unlikely. However, it is much more likely that a stroke of asteroids will cause a polar shift. This can eventually lead to catastrophic changes and the appearance of a world map similar to what we see in the visions of Gordon-Michael Scallion. 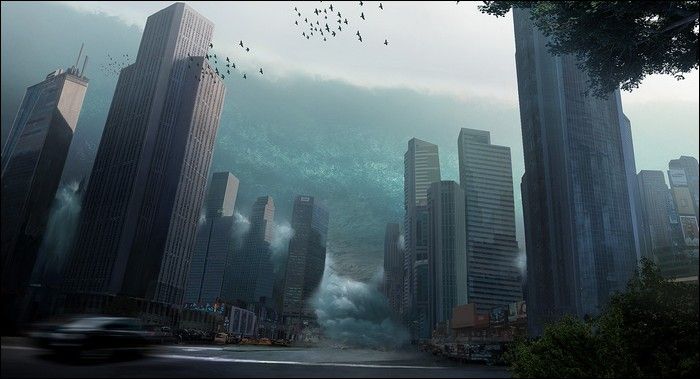 With all this knowledge of the future of the planet awaiting the planet and those areas that will not be affected by the flood, the financial leaders of the world know what we do not know and are preparing for it. Think about how many of the richest families are engaged in the acquisition of a huge number of agricultural land around the world. For this, wars are launched, and the governments of sovereign states are overthrown. All their new property is located far from coastal areas and in places that promote, agriculture and the extraction of natural resources. 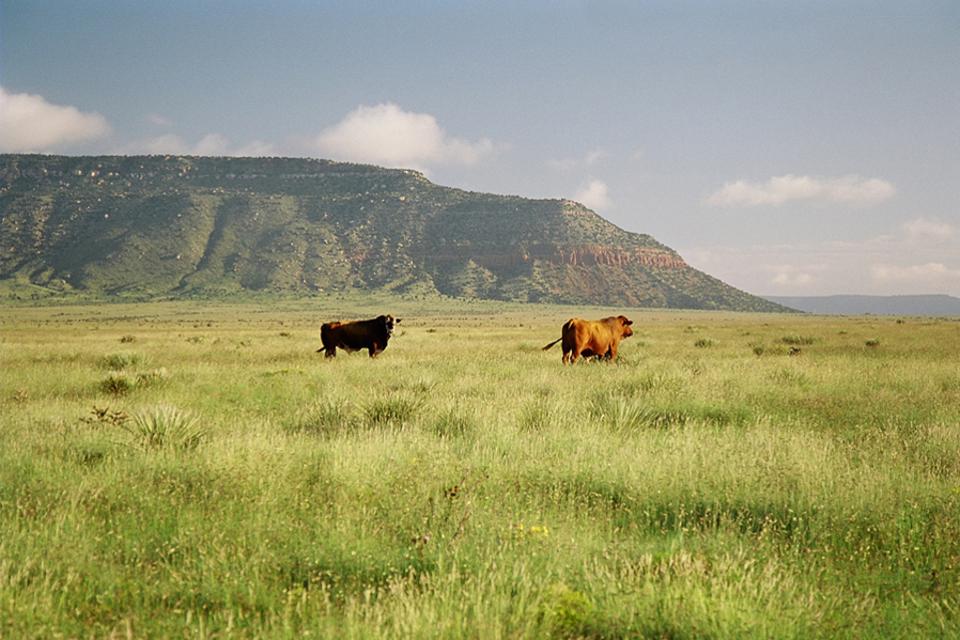 The safest areas in the United States, such as Montana, New Mexico, Wyoming and Texas, are very popular regions for the richest people. Millionaires, such as John Malone (currently the largest landowner in America, owns 2,200,000 acres, including Wyoming and Colorado), Ted Turner (2,000,000 acres in Montana, Nebraska, New Mexico and North Dakota), Philip Anschulz ( 434,000 acres in Wyoming), Jeff Amazon’s Jeff Bezos (400,000 acres in Texas) and Stan Kroenke (225,162 acres in Montana) all have amassed large reserves of land suitable for cultivation. Many billionaires are preparing for future rescue plans with “holiday homes” in remote locations. Many of them also have their own private jets ready to go to safe areas immediately.

Even a wealthy member of the Mormon Church, David Hall, in charge of which 20,000 communities across the country, recently bought farmland for 900 acres. This cradle of Mormons will be called NewVistas.

Tycoons in Australia and New Zealand are buying agricultural land at a record pace. The interest of financial people to raise cattle, dairy products and agricultural farms makes us think that all this is necessary for them to create comfortable conditions for survival. But more importantly, the rich prepare safe havens, store real estate in dry areas and create huge reserves of food and water. Money and precious metals will be useless, as a self-sufficient territory will become a new necessary luxury. Many of them have installed helipads on their sites for easy access, and many are buying bunkers around the world.

The consequences of the pole shift 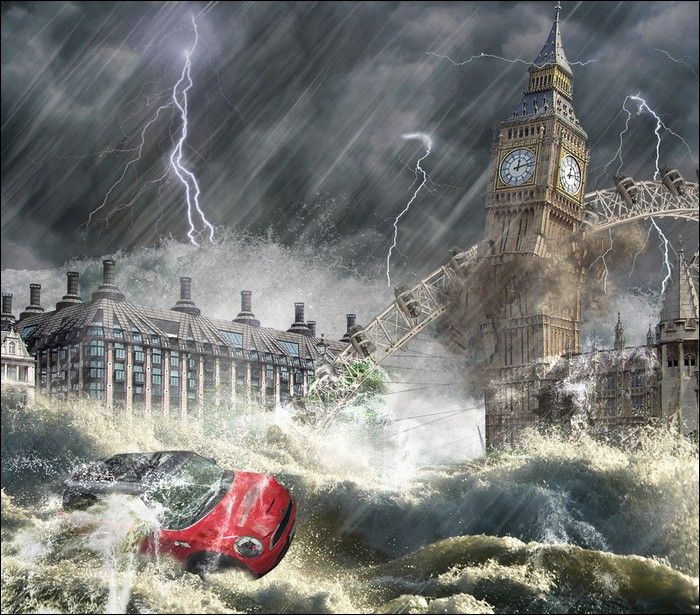 All predictions of the post-polar shift are based on the theories of Gordon-Michael Scallion, Edgar Cayce and not only predictors, but also some scientists.

In the end, Africa will be divided into three parts. The Nile will expand considerably. A new waterway will divide the entire area, from the Mediterranean Sea to Gabon. As the Red Sea expands, Cairo eventually disappears into the sea. Most of Madagascar will also be shipped by sea. Then, in the Arabian Sea, new lands will be raised. The new land will develop to the north and west of Cape Town, and new mountain ranges will come out above the ground in this area. Lake Victoria merges with Lake Nyasa and flows into the Indian Ocean. The coasts of the central part of East Africa will be completely flooded with water.

This highly seismic region will have the most serious and dramatic changes of the Earth. The land will be flooded from the Philippines to Japan and north to the Bering Sea, including the Kurile and Sakhalin Islands. When the Pacific plate shifts its position by nine degrees, the islands of Japan eventually drown, leaving only a few small islands. Taiwan and most of Korea will be completely lost. The entire coastal region of China will be heated to a depth of hundreds of kilometers. Indonesia will disintegrate, but some islands will remain, and new lands will appear. The Philippines will disappear completely under the sea. Asia will lose a significant part of its land mass due to these dramatic changes.

Due to the excessive bending of the land and the decline in the country’s height, the people of India will be asked not to seek a higher territory inside the country, but to travel to the Himalayas, Tibet and Nepal and China or to higher mountains.

Antarctica will become a fertile, rich soil and farmland. The new land will be created from the Antarctic Peninsula to Tierra del Fuego and east to the island of South Georgia.

Australia will lose almost twenty-five percent of its land due to coastal floods. The Adelaide area will become the new sea all the way to Lake Eyre. Deserts Simpson and Gibson eventually become fertile, agricultural land. Completely new communities will develop between the deserts of Sandy and Simpson, and new refugee settlements will be established in Queensland. A new land will also be created off the coast.

New Zealand will grow in size and again enter the land of old Australia. New Zealand will quickly become a land of glory and, ultimately, will become one of the safest areas in the world.

Europe will experience the fastest and most serious changes in the Earth. Most of Northern Europe will drown under the sea, as the tectonic plate beneath it will collapse. Norway, Sweden, Finland and Denmark will disappear and eventually create hundreds of small islands.

Russia will be separated from Europe by a completely new sea, when the Caspian, Black, Kara and Baltic Seas unite. The new sea extends to the Yenisei River in Siberia. The climate of the region will remain safe, as a result of which Russia will supply most of the European food. The Black Sea will also unite with the North Sea, leaving Bulgaria and Romania completely under water.

Some areas of western Turkey will go under water, creating a new coastline from Istanbul to Cyprus. Most of Central Europe drowns, and most of the land between the Mediterranean and the Baltic Sea will be completely lost under water.

Most of France will be under water, leaving the island in the area surrounding Paris. A completely new waterway separates Switzerland from France, creating a line from Geneva to Zurich. Italy will be completely separated by water. Venice, Naples, Rome and Genoa will sink below the rising sea. Higher heights will be created as new islands. New lands will grow from Sicily to Sardinia.

Parts of the North-West region will be flooded almost two hundred kilometers into the interior. Regions in Quebec, Ontario, Manitoba, Saskatchewan and Alberta will become the refugee center in Canada. Most migrants to the region will come from British Columbia and Alaska.

As the North American plate collapses from California there will remain only 150 small islands. The west coast will retreat to the east to Nebraska, Wyoming and Colorado.

Great lakes and the sea route of St. Lawrence will be connected and continue through the Mississippi River to the Gulf of Mexico. All coastal areas from Maine to Florida will be flooded with water for many hundreds of kilometers.

Most coastal areas of Mexico will be flooded far into the country. The California coast eventually becomes a series of islands. Most of the Yucatán Peninsula will be lost.

Central America and the Caribbean

Central America will be drowned and will be reduced to a number of islands. Higher marks are considered safe. A new waterway will eventually evolve from the Gulf of Honduras to Salinas, Ecuador. The Panama Canal will be unavailable for shipping.

In South America, there will be a strong earthquake and volcanic activity. Venezuela, Colombia and Brazil will be captured by water. The area of ​​the Amazon basin will become a huge inland sea. Peru and Bolivia are sunk.

Salvador, Sao Paulo, Rio de Janeiro and part of Uruguay will sink below the sea, as well as the Falkland Islands. A completely new sea will rise to capture much of central Argentina. A huge land, which will include another new inner sea, will develop and unite with the land of Chile.