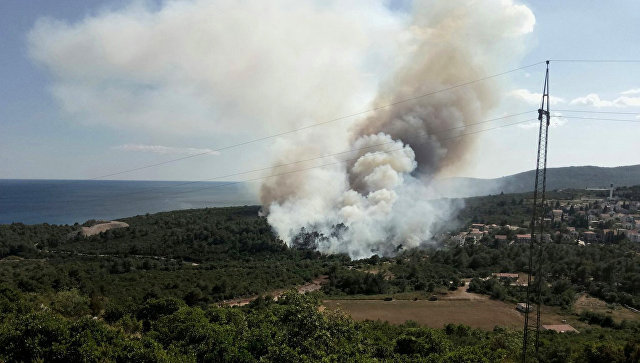 A large forest fire raging in the region of the Montenegrin city of Tivat on the Adriatic Sea threatens the resort settlements, there is no information about the victims, the Vijesti website reported on Tuesday.

In particular, the town of Radovici and the elite tourist complex Lustica Bay are under threat. Because of the spread of the fire on Tuesday at about 15.00 (16.00 Moscow time) firefighting services ordered the evacuation of the most popular local beach Plavi horizont.

Over 100 rescuers from Tivat, Kotor, Herceg Novi and other coastal cities are involved in extinguishing, the fire department of the Ministry of Internal Affairs of Montenegro is involved, but its use is limited due to strong wind.

According to official data, the first major ignition in the mountains near Tivat was recorded as early as Monday at about 15.00 local time. The spread of fire contributed to a strong wind. At the moment there are 20 fires. No information about the victims.