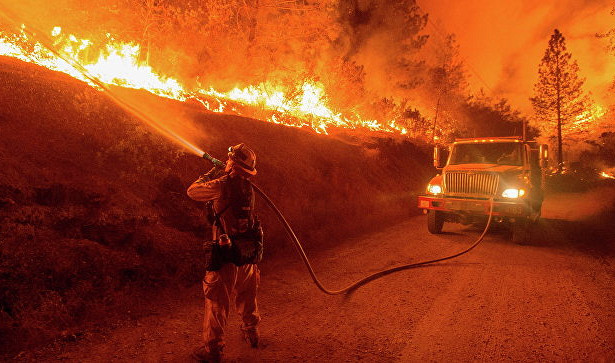 The governor of the US state of California, Jerry Brown, declared a state of emergency in Ventura County in connection with a forest fire, according to the governor’s website.

“This fire is very dangerous and spreads quickly, but we will continue to fight it with all means.” I, Edmund J. Brown, Governor of the State of California … declare a state of emergency in Ventura County, “the governor said in a statement.

Previously, the Ventura District Fire Department reported that about 27,000 residents of eight thousand homes were evacuated in southern California, where a severe forest fire destroyed 150 buildings. The electricity company Southern California Edison said that without light in the region there were more than 260 thousand consumers: 180 thousand in Ventura district and 83 thousand in Santa Barbara district.

Strong forest fires swept through several districts of California in early October. About 100 thousand people were evacuated from dangerous areas. It was reported that the area covered by fire exceeded the area of ​​the largest US city of New York. Last week, the authorities announced a turning point in the fight against fire, in some areas people were able to return to their homes.

According to the latest data, 43 people died in California, the amount of damage exceeded 3.3 billion dollars.