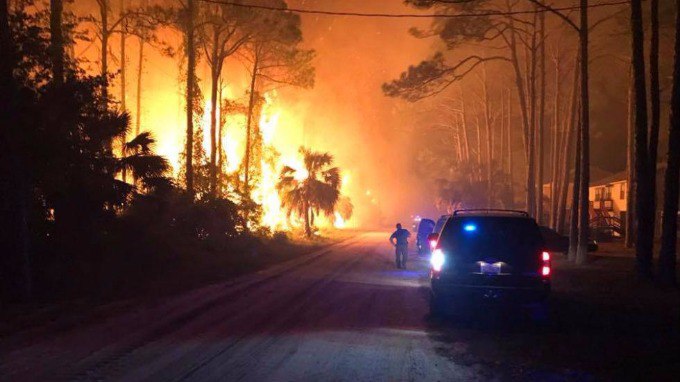 Florida Governor Rick Scott declared a state of emergency, as more than 100 forest fires blaze across the state. Every fourth fire in Florida destroys about 100 hectares. Since February 2017, 27,520 hectares of land have been burnt. “Much of Central and South Florida

Is approaching drought, rising temperatures and lack of rainfall increase the chances of new forest fires. The situation may worsen, as there are only a few days left before the hotter months, and that means we need to prepare for the disaster right now, “said Scott. “It is important that our response to forest fires be quick and prepared, and a state of emergency will facilitate this work for the state, the region and local governments that will work together to protect Americans and Florida guests.”

Arid conditions have already spread across the state. About 42% of Florida have experienced adverse weather conditions since April 4, meteorologist Chris Dols said. In some regions, the deficit of rainfall has been preserved since November 2016 – 20 centimeters for 5 months. Adam Putman, responsible for the region’s agriculture, noted that these forest fires were the most active since the forest fires in 2011, with the increase in affected areas by 250 percent during the first three months compared to last year.

The largest was a forest fire in the Big Cypress Reserve, where the fire destroyed 10,600 hectares of land. This fire began on March 18. The second fire on March 30 destroyed 4,100 hectares of a unique natural area. Fires can occur in Florida at any time of the year, but are especially active at the end of winter-early spring, when the air is less humid and the amount of precipitation decreases.