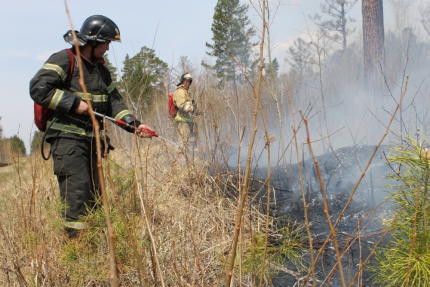 A surprising situation with natural disasters is taking shape in the regions of Siberia. So far, some areas of the Irkutsk region (Nizhneudinsky, Taishet, Tulunsky, Chunsky, Zima and Kuytunsky, 20 dead, 15 missing) and the Krasnoyarsk Territory (Kansky, Abansky and Boguchansky) are covered by flooding, in others because of lack precipitation blaze the woods. Because of the fires from July 3 to the special order in the Zhigalovsky district of the Irkutsk region introduced an emergency situation. Since July 2, due to adverse weather conditions and the deterioration of the forest fire situation in the forests, the same regime was introduced in the Ust-Ilimsk region, informs the regional Ministry of Emergency Situations.

In total, there are 47 wildfires in the area of ​​more than 20 thousand hectares. In the Krasnoyarsk Territory, the state of emergency operates in 3 municipal districts – Kezhemsky, Boguchansky and Motyginsky, reports Avialesookhrana. On July 3, on the territory of the region, the forest fire services and involved persons carried out work to extinguish 95 forest fires on an area covered by fire, 48,742 ha. Over the past day, 6 fires have been eliminated on an area of ​​1,609 hectares. From July 2 to July 6, precipitation deficit will be observed in the northern part of the Irkutsk region, Evenkiysky and Taimyr areas of the Krasnoyarsk Territory. The maximum daily temperatures above 23 … 25 ° C up to July 6 will be noted throughout the Irkutsk region (up to 28 … 30 ° C), in the Evenki district of the Krasnoyarsk Territory (temperatures up to 31 … 33 ° C).

Increased wind load (gusts up to 17-19 m / s) is expected in the Taimyr district of the Krasnoyarsk Territory. According to weather forecasters, on July 3-5, in western, central, northern, Upper Leninsky and in some places in southern areas a high (4th grade) and extreme (5th grade) fire danger of forests is expected. From July 2 to July 7, in 14 forest areas of the Irkutsk Region, restrictions were imposed on forest visits. It concerns Biryusinsky, Bodaibinsky, Zhigalovsky, Ilimsky, Kazachinsko-Lensky, Katangsky, Kirensky, Mamsky, Nizhneilimsky, Padunsky, Northern, Tayshetsky, Ust-Kutsky and Chunsky forest areas, warns the Irkutsk Region Government.

In the coming days, a high fire hazard (4th grade) will remain in the Evenk metropolitan region and in the north of the central regions of the Krasnoyarsk Territory, extreme fire danger (grade 5) is expected in the northeast of the central districts (Boguchansky, Kezhemsky districts). On July 3, the An-26 Cyclone probe aircraft arrived in the Krasnoyarsk Territory to artificially induce precipitation in areas where there is a complex forest fire situation. The airborne also delivered to Kodinsk an additional 20 aircraft fire fighting PDB FBU “Avialesookhrana” to strengthen the grouping in the regions of the region, the regional government reports. On Wednesday, the special aircraft worked on the territory of the Kezhemsky and Boguchansky districts. In the evening he will fly to Krasnoyarsk.

In the coming days, work is planned on the northern group of districts and in Priangarye, where hard-to-reach forest fires of thunderstorm originate, and resource clouds are formed to call for precipitation by artificial means. As the deputy head of FBU Avialesookhrana Dmitry Selin said, the special aircraft is equipped with a suspended fan installation for launching squibs with silver iodine in the upper part of the cloud systems at an altitude of about 5 km above the ground.

Under the influence of silver iodide in the clouds, powerful crystallization processes begin and precipitation, including rainfall, occurs. Inside the aircraft is a remote control for launching squibs, equipment for monitoring forest fire and meteorological conditions.

As a result of the impacts, in most cases precipitations of strong and medium intensity, of storm, sometimes heavy, occur, which provide effective assistance to the ground groupings of forest fire forces in localizing and eliminating forest fires.