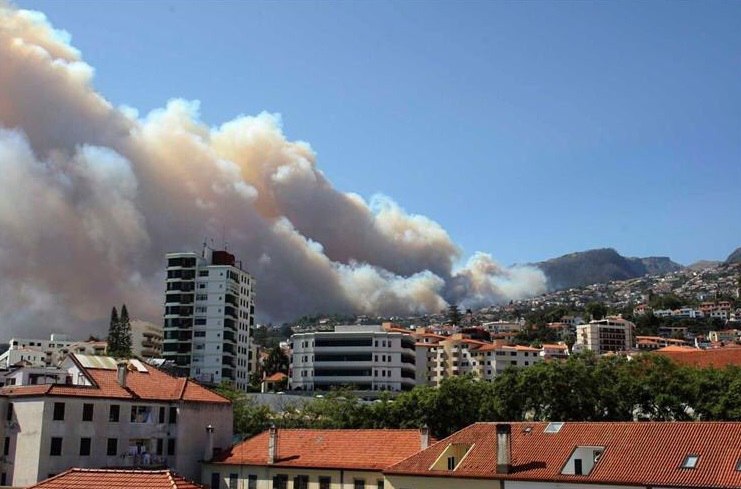 At least three people were victims of the wildfires on the Portuguese island of Madeira in the Atlantic ocean, said the Chairman of the regional government of Madeira, Miguel Albuquerque.

According to the newspaper Diario de Noticias on Wednesday morning, the victims of the fires coming close to the main town of the island of Funchal, were residents of the two houses. For medical assistance 327 poisoned with smoke or receive minor burns, 80 of them remain in hospitals.

It also reported the evacuation of more than a thousand local residents and tourists to safe areas on the Atlantic coast.

People do not know where to run because of the wind, which leads to a firestorm. On the Bank full of people with suitcases, tourists don’t know where to go.

Unbelievable what happens. Funchal lost, — told Portuguese TV channel RTP daughter of the writer josé Saramago Saramago Violanti, who accused local authorities of failing to cope with the situation.The fire reached the important buildings of the city, now firefighters are trying to rescue St. Peter’s Church, built in 1590.Rescue service are asking those who live far away from fire, do not leave their homes, to facilitate the movement of fire trucks.

About 500 people were evacuated at the local stadium. In Portugal to date have been about 150 fires.Tourists in social networks write about the lack of government action.

Gentlemen of the government, I am in Madeira, totally unprotected from the chaos in Funchal. The Consul for the holidays, the Consulate is closed, — says a resident of Madrid Victoria Lira on Twitter.

A fire can cause significant damage to the tourism sector of the island, which employs 75 percent of the local population. The Portuguese authorities requested assistance in extinguishing the fire from Spain.