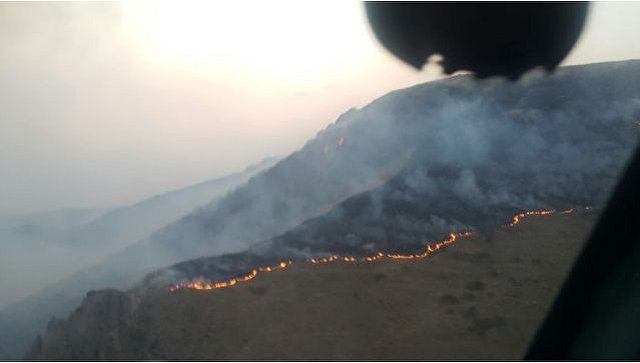 One of the oldest reserves in Armenia – the Khosrov Forest – is covered by fire in the area of ​​hundreds of hectares, the press service of the Ministry of Emergency Situations of the Republic reported.

“The fire arose on August 12 on the site of the Khosrov forest, adjacent to the village of Urtsadzor, Ararat region (60 kilometers south of Yerevan), because of the wind, the fire spread to other parts of the reserve, covering hundreds of hectares,” the report said.

Earlier, the Ministry of Emergency Situations of the republic warned of a high level of fire danger due to anomalous heat.

The Khosrov Forest was founded in the 4th century AD by the Armenian king Khosrov III Arshakid. In 1958, on this site, a state reserve was established with an area of ​​more than 29 thousand hectares. It is rich in flora and fauna, about 1,800 species of plants grow here, 24 of them are endemic (species of plants and animals that are peculiar to a relatively small area), and 80 are included in the Red Book of Armenia.