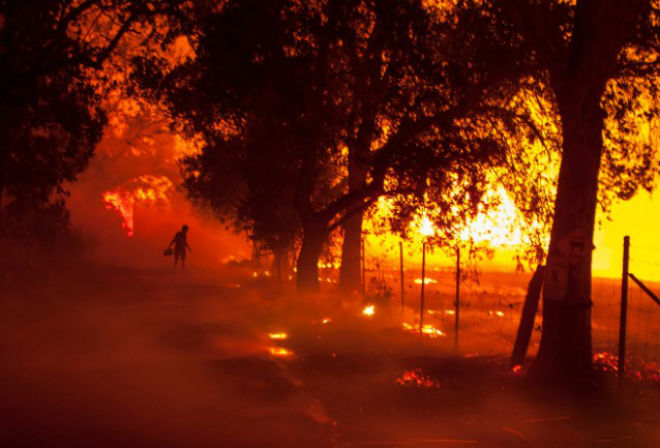 The unprecedented forest fires in Northern California have caused the death of 17 people. The most serious situation was in the districts of Sonoma, Napa and Mendokino.

Most of the deaths occurred in Sonoma County – 17 dead. Their homes were forced to leave already 20 thousand people. The fire element destroyed about 2 thousand houses and enterprises. More than 100 people are being treated in Napa and Sonoma hospitals due to health problems, including smoke poisoning, dyspnea and burns. More than 180 people are reported missing.

As of Tuesday, fires have destroyed about 50 thousand hectares of forest. Most of the fires broke out on Sunday evening and quickly spread due to strong winds and arid conditions in the region.

The city of Santa Rosa with a population of 175,000 people was seriously damaged by the fires. Many houses and cars after the procession of the fire element turned into heaps of ash. Most of the residents of this city were evacuated.