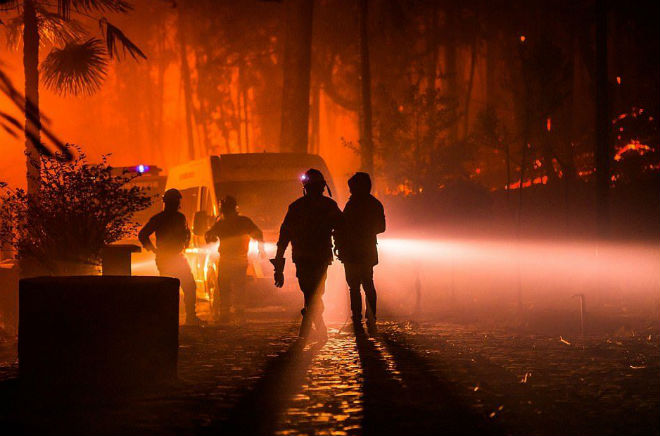 The number of victims of forest fires that erupted last weekend in Portugal and Spain increased to 41 people.

According to the National Civil Protection Administration of Portugal (NPC), the number of wounded has increased to 71.15 of them are in serious condition. At the same time, six of the seven missing people were found alive.

A night rain in most parts of Portugal helped the firefighters in their efforts, and by the early morning all the fires were waning.

A spokeswoman for the administration, Patricia Gaspar, said that by the afternoon of Tuesday 24 fires remained active, but they were all under control. All major roads were reopened.

On Sunday, 523 violent fires broke out in Portugal, most of them in the northern and central parts of the country.

According to the Associated Press, in north-west Spain as a result of forest fires killed four people. The authorities of Galicia said that 27 fires still could not be brought under control.

Investigations began to find out the cause of the outbreak of hundreds of forest fires. The authorities believe that the blame for all the incendiaries and weather conditions. On weekends there was a strong heat against the backdrop of powerful winds brought to the region by the remains of the hurricane “Ofelia”.