Forest fires in Siberia and the Far East 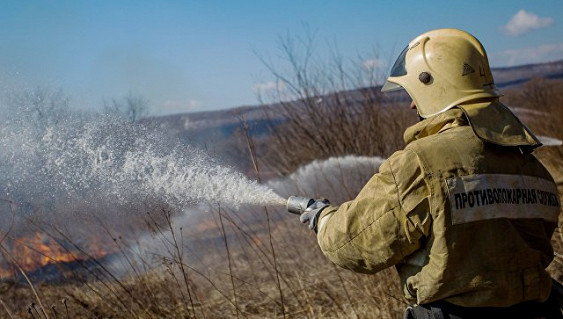 In Siberia and the Far East, forests continue to burn. The area of ​​fires per day increases by an average of three thousand hectares. In the Irkutsk region, the largest fire was recorded on the territory of the Baikal-Lensky Reserve.

There are 25 foci in Transbaikalia. Work on extinguishing is complicated by heat under 40, dry thunderstorms and strong wind. On the territory of the region there is a regime of emergency situations, access to the forest is prohibited until July 21.

More than 200 rescuers work in Tuva. According to local authorities, there is no threat to human settlements. To combat fire, Be-200 amphibious aircraft and Mi-8 helicopters are used. In the Far East nine new fires arose in a day, four were extinguished. The most difficult situation is in Yakutia. 13.5 thousand hectares of plantations burned there. Also fires are in the Amur Region and Khabarovsk Territory.

Help the firefighters help the military. In the Angara region, a large fire is extinguished by Mi-8 helicopters and Oboronles specialists. The center of 200 hectares is located almost 100 kilometers from Bratsk. The ground group has 50 employees of the military forestry and 10 units of equipment. The actions of the units are coordinated by the regional center of headquarters of the Central Military District in Yekaterinburg. There is a general monitoring of the situation in the Volga region, the Urals and Siberia. In Transbaikalia, more than a hundred military men, 10 units of equipment, including a helicopter, are engaged in fighting.