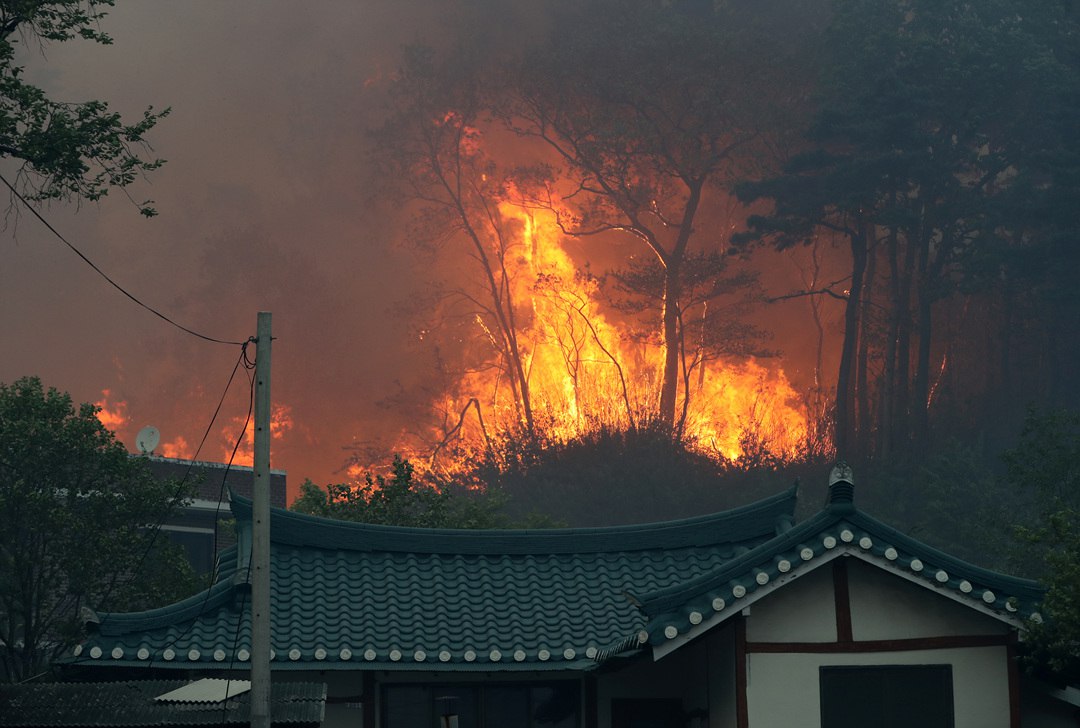 Because of the forest fire in the South Korean city of Gangneung, more than 2.5 thousand people were called up for evacuation on Saturday. The fire broke out on a hill near the mountain pass Taegvallen and due to a strong wind spread to the eastern districts of the city.

About 300 residents have already left their homes. A total of 30 houses were damaged. There were no reports of victims.

Residents took refuge in nearby schools and other public places, local authorities reported.

About 2,700 people were sent to fight fire, including hundreds of firefighters, servicemen, police officers and government officials.

Another 820 people and 14 helicopters were mobilized to put out the fire in the town of Samchok. As a result of the riot of the fire element, two climbers were injured and hospitalized. 215 residents of nearby areas called for evacuation.