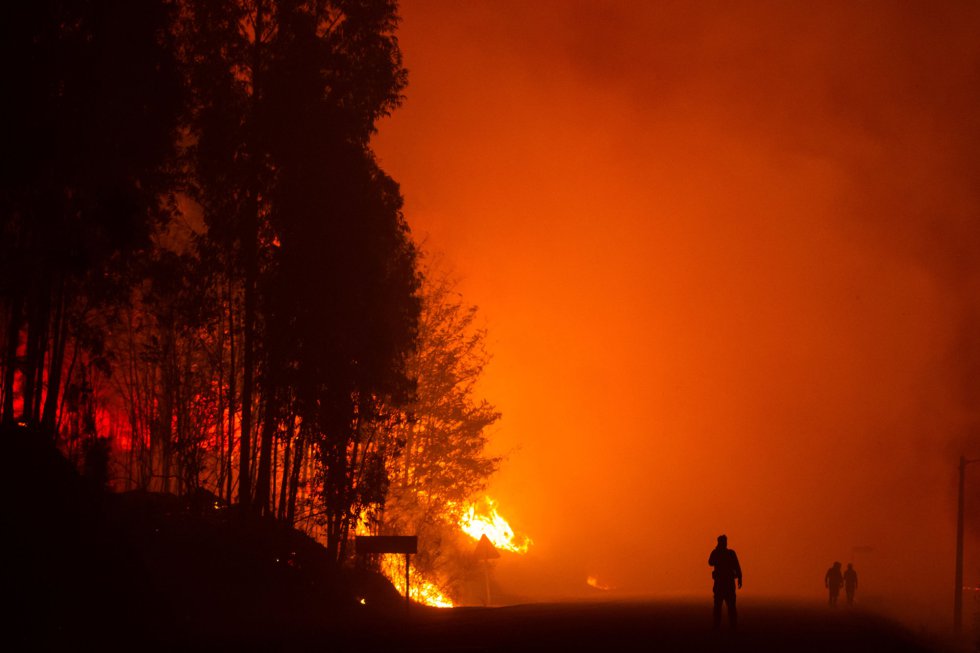 According to the mayor’s office, people were burned in a mini van that found itself on the road in the epicenter of a fire in the municipality of Nigran.
“Condolences in connection with the death of people in fires in Galicia.Thank you to everyone who works to extinguish the fire and provide assistance to the population,” – wrote Spanish Prime Minister Mariano Rajoy on Twitter.

Fire now threatens homes in nine municipalities of Pontevedra, Ourense and Lugo. Some houses were evacuated, including a student hostel in Vigo. Residents of this city, whose houses are in close proximity to the fire, are recommended to travel to safer areas in the center of the city, where they were prepared for three hotels. Some of the roads were blocked due to a natural disaster.

Over the past weekend in Galicia, there were recorded 146 fires, 17 of them are still active, according to the Council of Rural Affairs of the Government of Galicia.

The head of the Galician government Alberto Nunez-Feijoo said that weather conditions, including strong wind gusts and dry weather, do not contribute to the fight against fire. “We are able to extinguish the fire in adverse conditions, but now we are talking about conditions that have not been in place for the past ten years,” Feihoo said. Early Monday morning, as meteorologists predict, Hurricane Ophelia will pass through the territory of Galicia. This will lead to the fact that the fires raging in neighboring Portugal will spread even more to Spanish territory. It is expected that wind gusts will reach 35-39 kilometers per hour.

Over the weekend fires destroyed more than 4 thousand hectares of forest. The authorities assume that the reason was intentional arson. They are arranged by local residents to free up the soil for building and reduce its price.
“We are used to this, but what is happening near the settlements, we are concerned: they are playing with the lives of people,” – said the head of the Galician government.

On the site of fires, 350 fire brigades work, as well as 600 soldiers from a special emergency response unit, about 20 aircraft and helicopters.