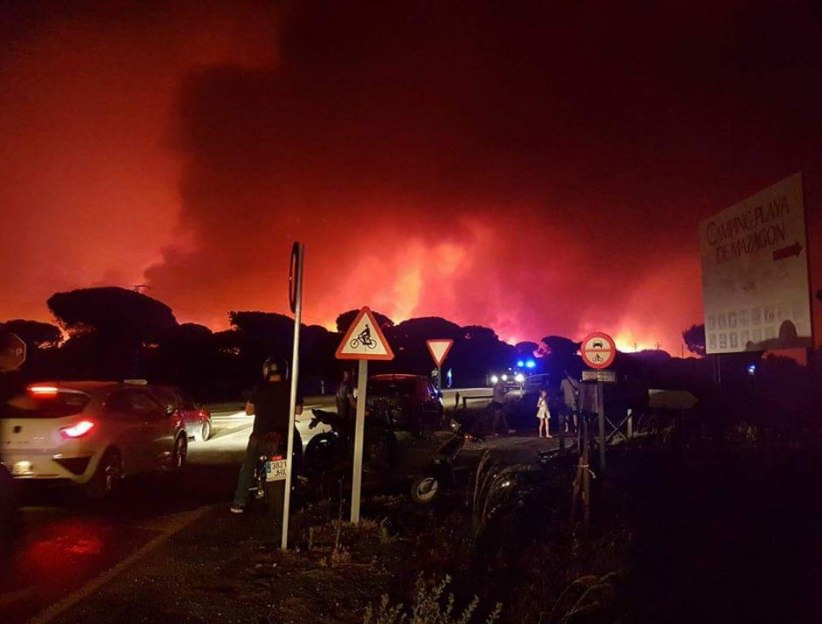 More than two thousand people evacuated rescue services because of a forest fire. The fire raged in the Spanish province of Huelva.

The fire broke out the day before in the municipality of Moger and spread to a large territory. The element affected the natural park of Doñana. Guests of the hotel Parador in Masagón have now been evacuated. In addition, about 1500 people were taken out of the camping in the national park, as well as residents of nearby villages.

Partly blocked traffic on one of the highways. To fight the fire, great forces and resources were thrown. In the extinguishment of the fire, 19 amphibian aircraft, helicopters and dozens of firefighting crews are participating. According to preliminary version of local authorities, the fire could be provoked. Recently, in the area of ​​the Iberian Peninsula, the heat remains, the air temperature in some areas exceeds 40 degrees.