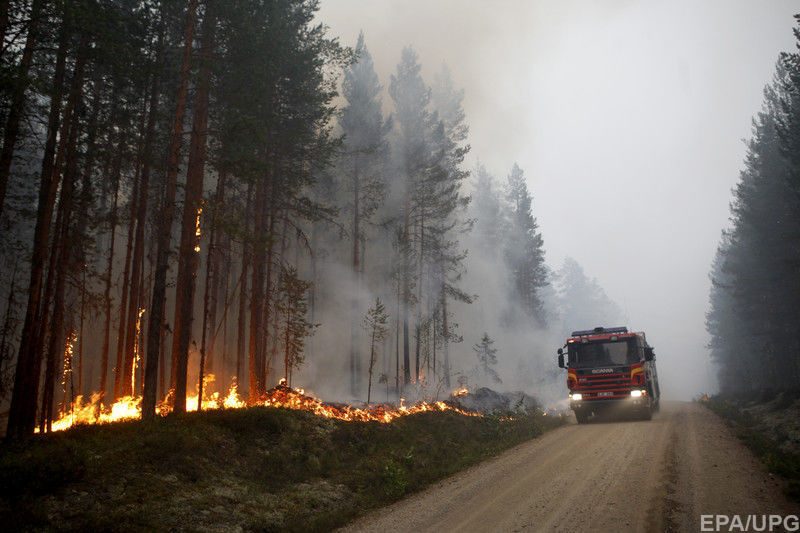 The largest fires in the history of observations are raging in Sweden, and it is not yet possible to take them under control. The most difficult situation is in the counties (regions) of Jämtland, Dalarna and Gävleborg. More than 60 fires have been recorded here, new fires have appeared.

Flames covered more than 2.5 thousand hectares, affected even the territory beyond the Arctic Circle and in the Swedish part of Lapland. There is evacuation of the population. At present, dozens of people have already been evacuated because of fires. Hundreds are waiting for the authorities to leave their homes. Partially violated railway communication.

Sweden is experiencing the hottest and driest summer in nearly 70 years. In addition, during the holidays people often go out into the countryside, despite the prohibitions that kindle open fire, and the risk of forest fires throughout the country is higher than ever.

Extinguishing the fire is hampered by a strong wind. To prevent fires from spreading to residential areas, one must fight them simultaneously from air and land. King of Sweden Carl XVI Gustaf appealed for help to the European Union.