Forest fires in the Trans-Baikal region of Russia 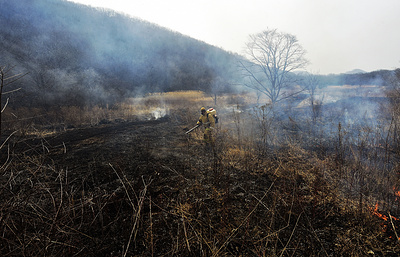 Two forest fires are in effect and three more are located in the Trans-Baikal Territory, their total area is 1.2 thousand hectares, the press service of the regional Ministry of Natural Resources said.

Fire extinguishers are engaged in 93 people, including 61 paratrooper paratroopers. Six pieces of equipment are involved. Air monitoring is carried out by three Cessna airplanes.

Earlier, Deputy Prime Minister Alexander Khloponin said that the Trans-Baikal Territory in the frequency of forest fires turned into a problematic territory. The frequency of fires, in his opinion, is connected with inaction of local authorities and insufficiently active work with the population. However, according to the governor of the region Natalia Zhdanova, the authorities will not allow the repetition of the tragic events of 2015, when forest fires destroyed 174 houses and killed ten people.

Since April 4, the region has an emergency situation, limited stay of citizens in the forests and the entry of vehicles into them.