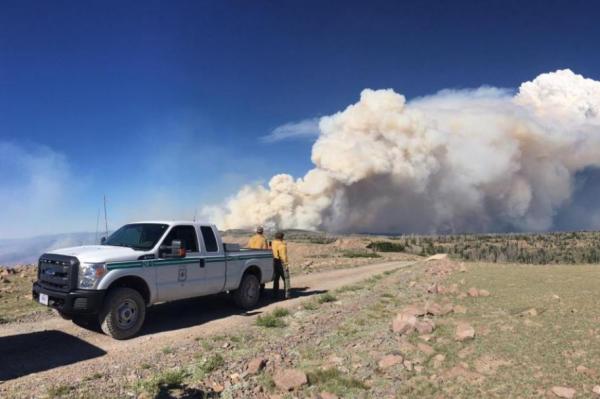 1,5 thousand people were evacuated in the state of Utah in the central part of the US because of a forest fire. The area of ​​the fire is about 174 square kilometers. About 1,000 firefighters take part in its extinguishment.

The fire has already destroyed 13 houses and eight small buildings. On Monday, firefighters in Utah may face even greater challenges, as the US National Meteorological Service warned of the critical fire-fighting conditions associated with gusty winds, high temperatures and low humidity.

It is assumed that the fire began on June 17, with a small fire in which someone burned weeds. Over a week, a small fire turned into a wildfire, named in the report of the National Interagency Coordination Center the largest forest fire in the US in recent times. The authorities on Monday will send a second team of firefighters to try to curb the flames.