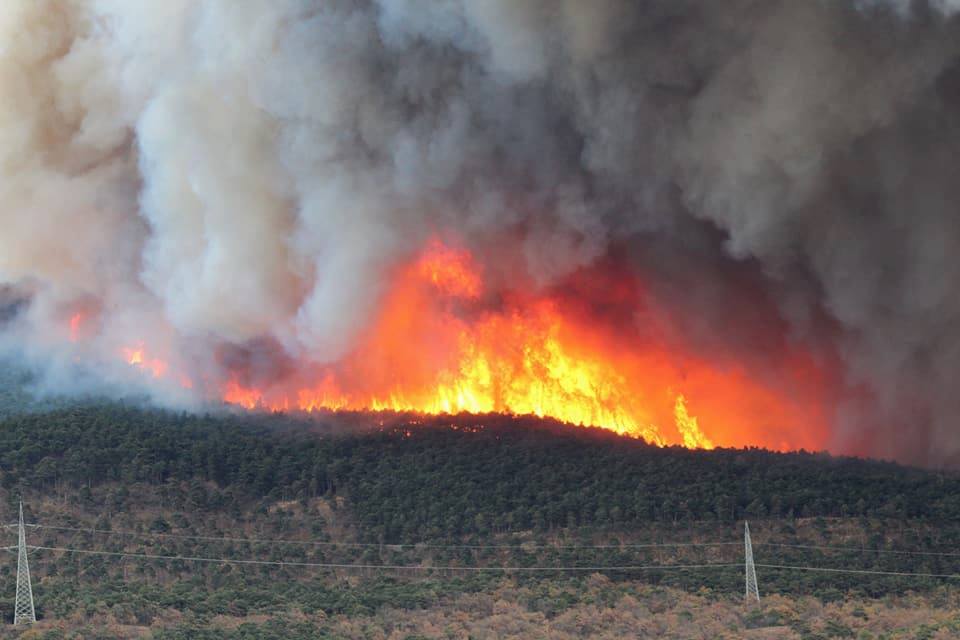 In Italy, strong forest fires have been raging for over a week on the slopes of the mountains near the administrative center of the Piedmont region – the city of Turin. The rapid spread of fire contributes to a prolonged absence of rain and a strong wind.

Particularly fire dangerous situation, is formed in the valley of the river Suza in the western part of the province of Turin. In some areas of Val di Susa, known for its ski slopes, the fire has approached mountain villages, of which more than 600 people were evacuated on the night of Sunday to Monday.

Speaking on local radio, coordinator of the regional civil defense forces Franco Lichini, in particular, said: “The situation has worsened in recent days because of the hot and dry wind blowing from the mountains. Since October 10, local volunteers, together with fire detachments, had to extinguish about 300 very large fire centers. Only during yesterday, 39 fires were recorded. In the fight against fires, 195 pieces of equipment are involved. ”

No less difficult situation with forest fires has developed and to the north of Turin near the city of Sparone. This morning, near him two explosions occurred. According to experts, most likely, exploded ammunition during the war, lying in the ground for dozens of years. The president of Piedmont, Sergio Ciamparino, who arrived in Sparona, writes ANSA, said that “the Ministry of the Interior of Minniti guaranteed to use in the region all available firefighters.”

The forests are burning in a number of districts of the Lombardy region. This, in particular, is about the provinces of Varese, Como, Brescia and Sondrio.