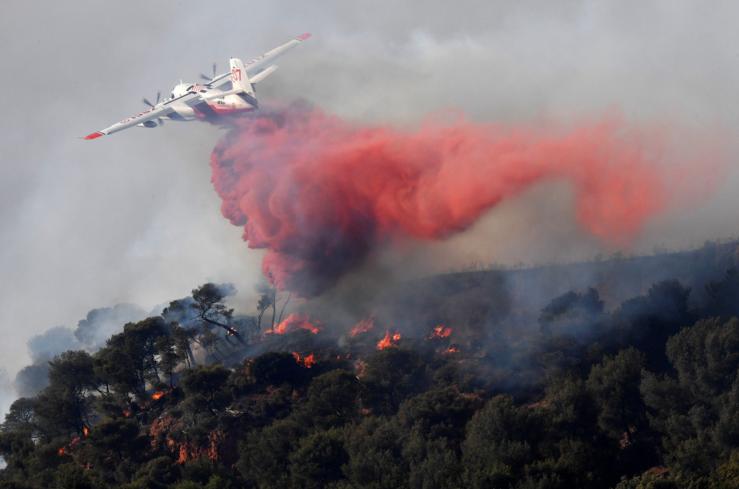 The fire has destroyed several houses in the commune of Vitrolles, from the fire also damaged the commune of FOS-sur-Mer. As reported the Minister of internal Affairs of France Bernard Cazeneuve, the fires have covered an area of more than 2 thousand hectares, and to stop the spread of fire is not yet possible.

Also, due to the thick smoke at Marseille airport canceled or delayed a commercial flight. The city authorities advised motorists to be more attention on the roads. According to the fire service, as a result of fires injured two people, destroyed 20 to 25 houses.