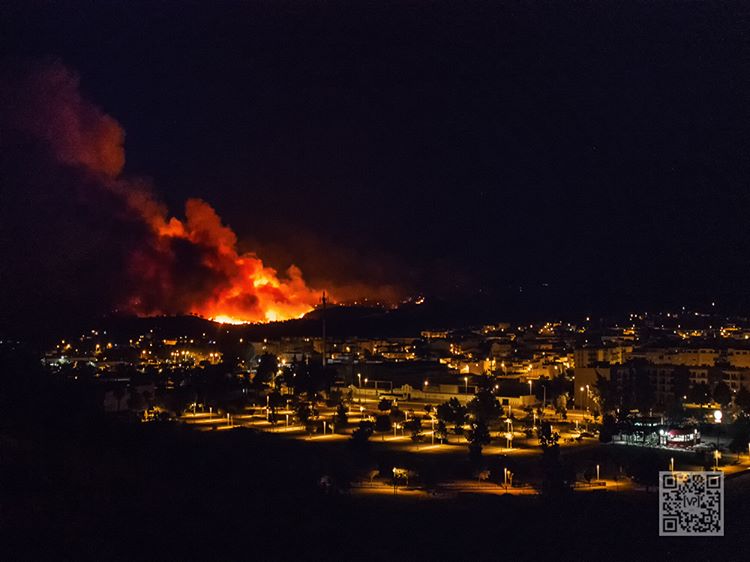 In the midst of the disaster the southern Algarve resort, popular with locals and foreign tourists. There is a fire, which was previously considered almost extinguished, broke out with renewed vigor.

According to local residents, the flame height reaches seven meters. Under threat – houses, hotels. Rescuers evacuate people. In the fighting involved hundreds of firefighters. Air helps them to aviation. The fire is now recorded across the country. In the region of 40-degree heat and strong winds.

However, the situation is still not catastrophic. Authorities say that the country as a whole, thanks to the help of aircraft of EMERCOM of Russia the situation can be kept under control.

Fires in the North-East of Spain incinerated 5.5 thousand hectares of forest in the Autonomous region of Galicia 7 fires have not been able to extinguish.

The most dangerous situation is in the province of Ourense, where the flame came close to the city Antrima. The city has produced an emergency evacuation, firefighters and volunteers fought the fire all last night, but strong winds and unusually high temperatures contributed to the spread of flame.

One of the firefighters says:

The wind direction suddenly changed and the fire headed right at us, we almost got into the ring. But two of our children were there and we didn’t know what it is. The situation is very serious.

Roads are blocked, ” says local resident – we don’t have enough money to fight fires. We understand that fires too much, and it’s not easy.

The fire element is raging in neighboring Portugal. About 3 thousand firefighters fighting the flames. They help dozens of vehicles and 11 helicopters. In the district of Vila real has burned 15 thousand acres of woodland, suffered the national Park of Peneda-gerês in the North of the country.
Local authorities report that at least 2 of the fire can not be brought under control.

Earlier in August, the victims of forest fires in mainland Portugal and on Madeira island began 4 people, burned dozens of homes and vast forests.