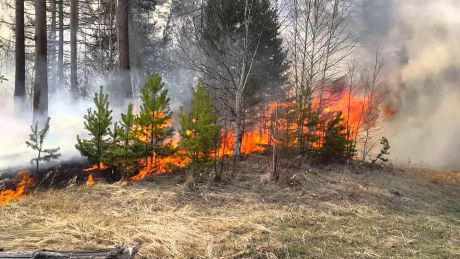 The area of ​​forest fires in the Khanty-Mansiysk Autonomous Okrug – Ugra increased from 5.9 thousand hectares to 6.7 thousand hectares per day, the department for the subsoil use and natural resources of the region said on Wednesday.

“On the morning of August 2, 2017, 32 forest fires are active in the forests of Ugra, not 7 forestry areas have been burned, their total area is 6.7 thousand hectares,” the department specified.

The biggest number of fires is in the Beloyarsk region, there are 18 natural fires registered there, the area of ​​which is 4557 ha. In extinguishing forest fires on the territory of the Autonomous Okrug, more than 400 specialists from the Ugra Aviation Conservation Area, 20 specialists from the EMERCOM of Russia in the Autonomous Okrug are involved, and 10 aircraft are involved.

Earlier it was reported that since July 25 in Ugra introduced emergency mode of intermunicipal nature. Berezovsky and Beloyarsky districts suffer more from forest fires. In other areas of the Autonomous Okrug special fire prevention regimes have been established. Since the beginning of the fire season in the forests of Yugra (it was announced on May 5), 350 forest fires with a total area of ​​25,285.3 hectares were recorded. During the same period in 2016, specialists of the Khanty-Mansiysk base for aviation and ground protection of forests extinguished 296 fires.