Found the cause of the most destructive earthquakes on Earth ABOUT 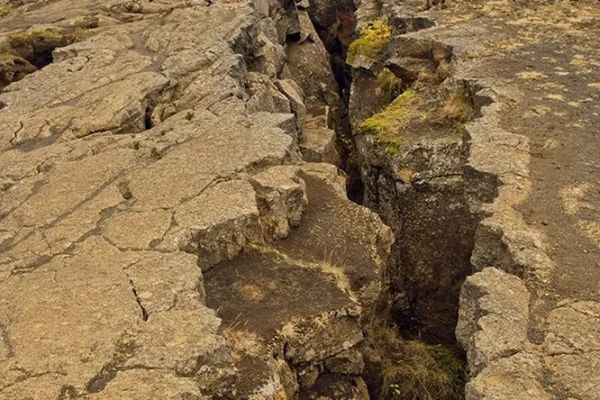 We are learning more about earthquake triggers all the time, but scientists still have a lot to learn about how seismic shifts actually work. Geologists think they have finally identified the key mechanism behind some of the most powerful earthquakes on the planet.

The so-called “mega-earthquakes” or “super-earthquakes” occur in subduction zones, where one tectonic plate goes under another. They are especially common in the Pacific and Indian Oceans and often lead to giant tsunamis.

New research suggests that the gradual, slow movement of rock deep beneath the subduction zone may be the key to understanding how these powerful tremors occur. Potentially, this discovery could improve forecasting models, which will make it possible to more accurately predict similar cataclysms in the future.

Researchers say that these so-called. Slow slip phenomena (SSE) do not occur in all subduction zones, but can significantly affect pressure build-up deep underground. Most importantly, they move energy in different directions during strong earthquakes and do not necessarily follow the movements of the plates themselves.

A magnitude 9 earthquake struck Cascadia in 1700 and since then SSEs have occurred well below the subduction zone, moving short distances at a slow speed. They look like a “swarm of events,” the researchers say, and the pattern matches similar data from New Zealand.

The researchers believe that although SSEs occur many kilometers below the surface, their movement can influence both the timing and behavior of earthquakes. These smaller events occur every one or two years, but they can cause something much more serious.

SSEs were first discovered by geologists about 20 years ago, and only recently have GPS instruments been sensitive enough to record their movements in detail – in this case 35 kilometers underground.

The results of the new study, which the researchers described as “rather unexpected”, will help shape future earthquake models. It is possible, for example, that some of the stress from plate movement in subduction zones is relieved by SSE deep underground. Moreover, knowing the direction of forces that will release future earthquakes is crucial in planning them. These natural disasters can be very unpredictable, so any information that can be gathered in advance is invaluable.