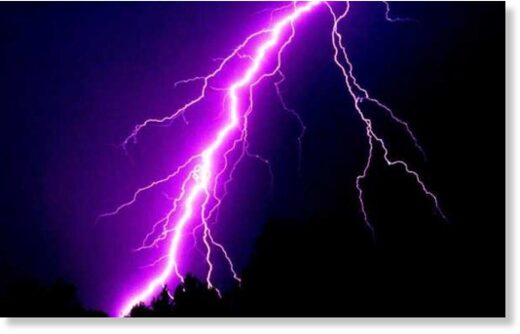 Four children were killed by lightning strikes in Ramagrh and Latehar districts on Sunday. Kishore Kumar Rajak, Ramgarh police chief, said two children, Vikas Bhuiyan (10) and Kundan Bhuiyan (8), were killed in the Maliagadha area under the Mandu police station. Both children were picking mangoes under a tree during a thunderstorm when lightning struck them.

Police said they received a report of the deaths from local residents and an autopsy will be performed on the bodies shortly.

In another incident in Latehar, Karan Singh (12) and Pankaj Singh (10) died at the Manika police station, while four others — Ranjan Singh (6), Satyam Singh (5), Anita Kumari (7) and Rupesh Singh (12) — were injured by lightning when they were playing in an open field. The victims are being treated at a local government hospital. The incident took place in Sadhwadih village.

Earlier in the day, the Meteorological Department issued a nationwide thunderstorm and lightning warning and warned people not to go out into the open during thunderstorms.