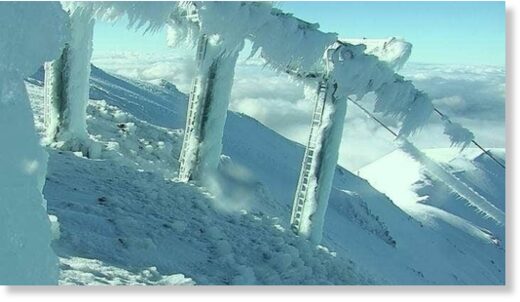 An incredible snowfall hit Mount Hutt and severe weather hit the South Island. Canterbury received two to three months’ worth of rainfall in a few days.

About 40 to 50 centimeters also fell around the base. He said they had trouble accessing the top of the mountain, so they took a helicopter up there.

McKenzie said the snow at the summit was covered with a crust of ice.