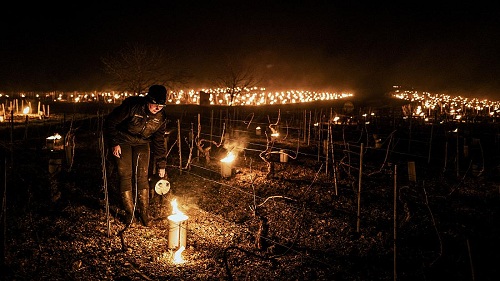 French gardeners and winemakers state that most of their harvest this year (up to 90 percent) was lost due to frost this week.

All week farmers across France tried to save their crops from frost by lighting fires and candles in the fields.

In Drome and Ardèche at night this week, temperatures dropped to -8 ° C.

Local winemakers and horticulturists reported that they lost about 90 percent of their crops.

The situation is no better in Burgundy, where 28,841 hectares of vines are grown.

“We have a damage of at least 50 percent,” said François Labet, president of the Interprofessional Bureau of Vineyards in Burgundy (BIVB).