France has swept the heavy rainfall 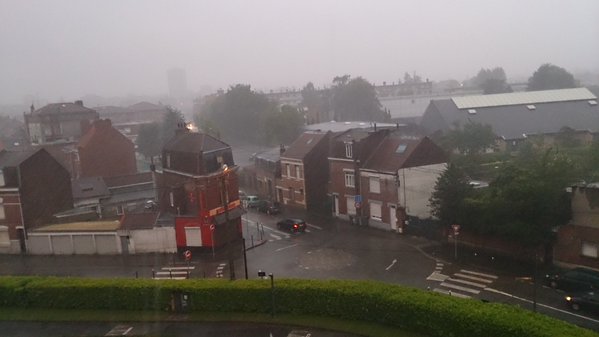 Heavy rains do not stop in the North and in Central France for a few days.

One of the two metro lines in Lille — the largest city in the North of France — was stopped on Monday because of bad weather. This was announced by the operator of an urban metro Transpole. On this line, mostly underground, there are open areas. The metro trains in Lille are controlled by the automatic system.

“Due to the bad weather the first line of the city subway will be closed until tomorrow. Passengers offered travel on the buses”, — said in a statement. According to Agence France-Presse, “also severely hampered the work of railway lines passing through the Department of Nord”, which is located in Lille. On one of the routes wind and rain have led to breakage of the contact wire.

In Paris today for the first time in 16 years there were all canceled matches of the Open championship of France on tennis, is scheduled for the stadium courts. The Roland Garros. Event organizers appreciate their losses of €2 million

In 26 departments of France — North of Paris — before the end of tomorrow declared orange alert due to heavy rains, thunderstorms, hail and floods. According to meteorologists, today evening in Paris set a record rainfall for may fell to 136 mm, which is almost twice the monthly norm for this period. The previous record in Paris was installed in may 1992, then a month in the French capital fell to 133 mm of precipitation.

Showers in France caused by the connection of hot air of Africa with cold masses coming from the North-West Atlantic. According to forecasters, the powerful precipitation will continue until Friday inclusive.