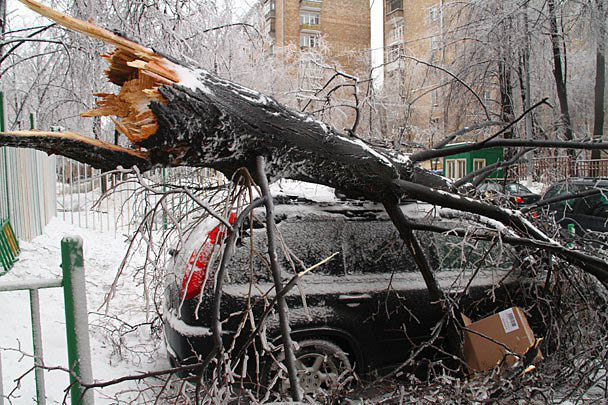 During the last days due to supercooled and freezing rain interruptions and power outages occurred in about 400 settlements in the Moscow, Vladimir, Kaluga, Tver, Yaroslavl, Nizhny Novgorod and Kirov regions and in the Republic of Mari El.

Icing caused a massive falling trees. Delay of public transport, trains and flights. Recorded an increase in the number of accidents and trips to the emergency room. Ice phenomena due to supercooled and freezing rain were also observed in the Republic of Chuvashia, Republic of Tatarstan, the Ivanovo region and Kostroma region. 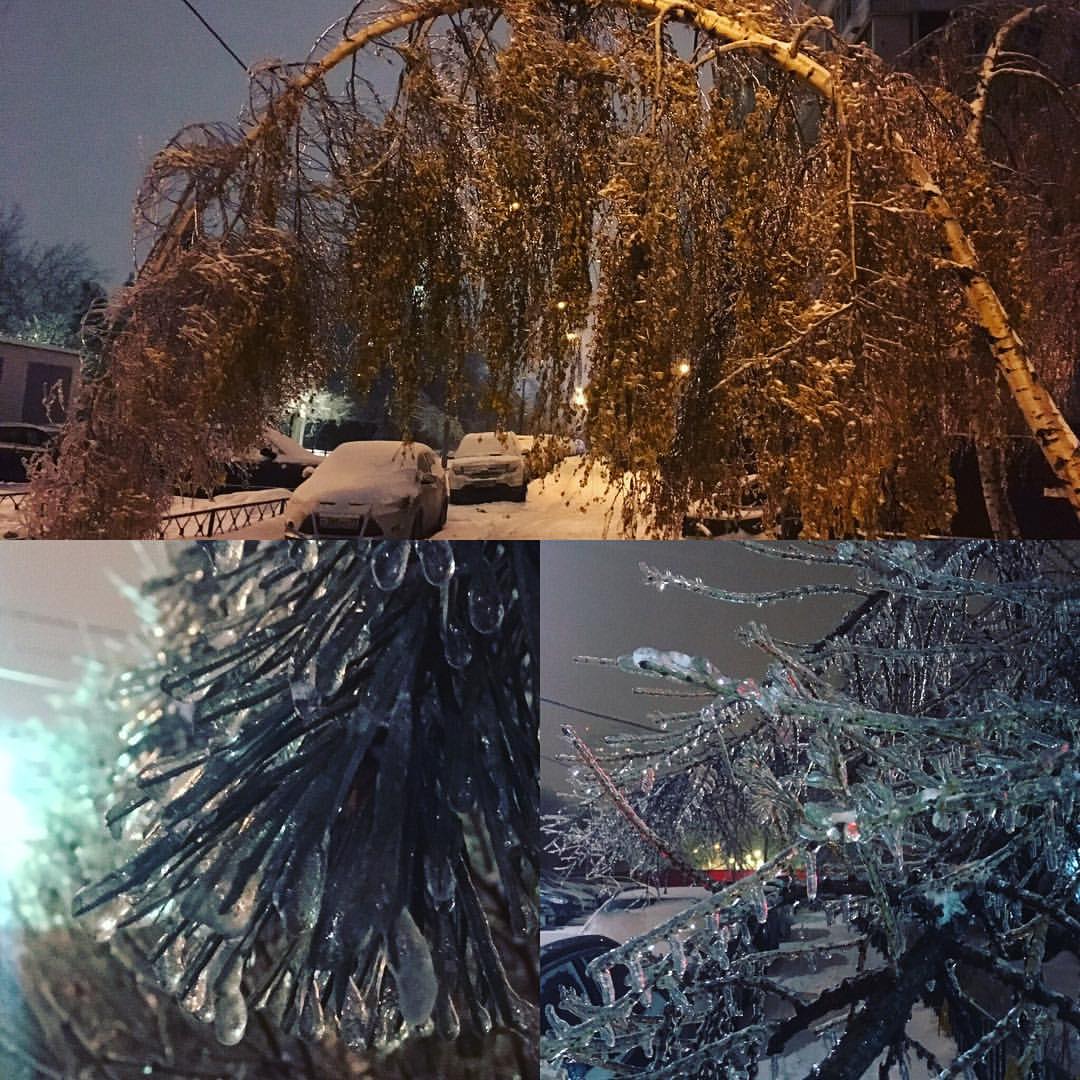 MOSCOW AND THE MOSCOW REGION

Freezing rain caused massive power outages in the area. This was stated by the Ministry of energy of the Moscow region. In most affected Naro-Fominsk, Dmitrov, Solnechnogorsk, Klin and Sergiev-Posad districts. About 2,600 people were left without electricity.

The six Railways of ice on the wires. The most difficult — to Belarus and Kiev. From chart pulls and suburban trains and long distance trains.

In Konakovo travel under the weight of snow and ice broke a tree, covering ten parked cars in a yard. The losses are large, it’s a miracle no one was hurt. In Pushkin district of Moscow region killed a man under the weight of the collapsed tree. On the Big Dmitrovka block of ice fell on the head of a passerby. The woman was hospitalized.

More than 8,500 thousand people remained without electricity in 173 localities in the region. Shutdown occurred on the territory of Dzerzhinsky, Sukhinichi, Duminichsky, Kozelsk, Peremysl and Zhukovsky districts.

Due to breakages of power lines, left without electricity More than 4 thousand people in 75 villages in the Alexander, Kolchuginsky, Yuriev-Polsky, Kameshkovskiy, and Suzdal areas.

In the Yaroslavl region about 1,500 people remained without electricity. It is known that electricity at night on Friday was not in Yaroslavl, Uglich and Pereslavl districts.

THE REPUBLIC OF MARI EL

In a Single dispatching service reported that residents of Mari El today morning I received reports about the lack of electricity and downed power lines in Zvenigovskiy and Medvedev areas.

Remained without electricity settlements in Sanchursk, Transcom and Kiknurskogo areas. Especially difficult situation is in the settlements of the Makary district. There were interruptions in distribution networks with a capacity of 10 and 0.4 kV.

According to traffic police in Kazan today in the morning registered a daily rate of accidents. In a press-service of RT Ministry of health reported that just 3 hours from 7 am to 10.30 am for help with fractures and other injuries received in a fall in emergency rooms turned 156 people.

In Cheboksary from-for ice beyond the runway was rolled out of passenger “Boeing” of airline “Victory”.