From frosty volcano in Alaska has gone a major landslide 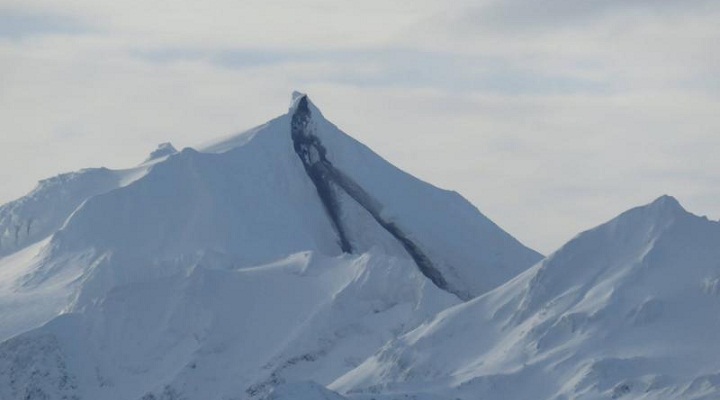 On Saturday 12 November at the Volcanic Observatory Alaska received reports from local residents noticed the marks of the toe of a large avalanche from the volcano frosty. Analysis of the images of the giant shows that at its highest level there was a partial destruction of a vertex that formed a landslide of ice, snow and rocks.

The exact timing of the descent of the avalanche was not significantly determined, but scientists suggest that the collapse occurred on Friday November 11. In their opinion, the disaster associated with volcanic activity. The most likely cause of a landslide is considered to be the instability of the frosty peaks.

Such landslides are generally caused by a change in the structure of rocks, the processes of freezing and thawing, regional earthquakes or heavy precipitation. Despite the fact that there is no volcano seismometers, the experts of the Observatory are not interpretiruya avalanche as the harbinger of the eruption, but do not exclude new collapses.