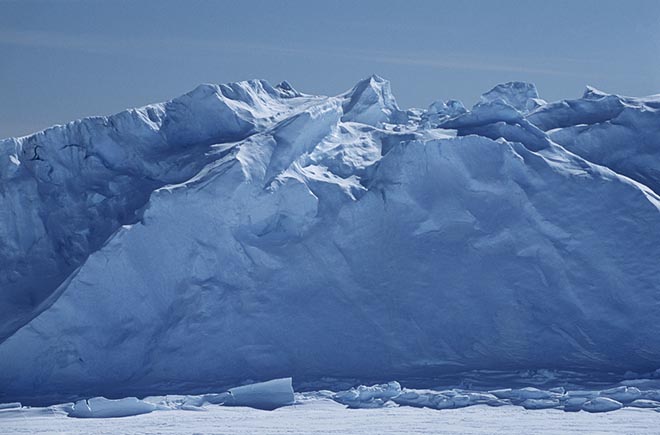 According to the research project from Britain MIDAS, from selvage glacier Larsen C could soon be turned into a huge iceberg. This glacier, according to scientists, have suffered from global warming, although it remained in a stable condition a few tens of thousands of years.

The crack that was discovered in 2010, threatens to split the glacier. The rate of this process increases with its size increased by 22 km. currently the crack width is 350 km, length 60 km iceberg, which can be split off, is 12 % of the area of the glacier, which reaches 55 thousand sq km (half the size of Iceland). Thus, in the sea Wedell will be iceberg with an area of 6 thousand sq. km.

As scientists believe, it will happen in the next few years and will become one of the most significant events in history. In addition to the increase in global sea level, this leads to the fact that the remaining part of the glacier is unstable, it will begin the separation of the icebergs up to complete destruction, Larsen C, which will cause an increase in global sea level by 10 cm.

Original ice shelf consisted of three parts: Larsen A, Larsen B and Larsen C. the Larsen A collapsed in 1995, breakaway from the mainstream and melted in a few months. In 2002, 35 days on small icebergs disintegrated Larsen B that occurred due to the rising temperature of the oceans and air temperature in Antarctica — before it was stable 12 thousand years.