From the climate catastrophe, mankind is separated only 2 degrees 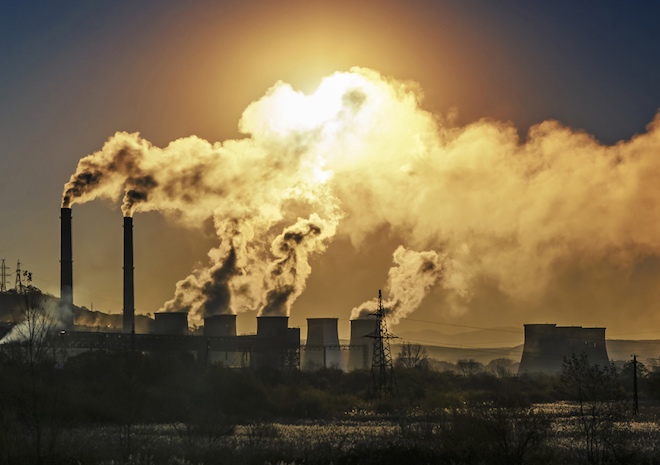 Even if the rate of global warming can be kept within two degrees Celsius in comparison with the pre-industrial period, it still can not prevent the terrible climatic consequences. This conclusion was reached by scientists who previously considered such a rise in temperature as an allowable limit.

Among the consequences of the global temperature increase of 2 degrees, the rise in sea level, the drop in GDP, the shortage of food and water in some regions of the planet, as well as the rapid extinction of various representatives of the animal and vegetable worlds. The countries with emerging economies in Asia, Africa and Latin America will suffer the most.

“It is quite obvious that there are colossal changes in the climate on Earth in the event of a temperature increase of 2 degrees. We must avoid them, “said Dan Mitchell, senior lecturer at the University of Bristol (England).

197 countries participating in the Paris Agreement of 2015 agreed to make maximum efforts to maintain the level of warming within the “significantly lower” 2 degrees Celsius in comparison with the indicators of the middle of the XIX century.

Today the temperature on the globe has risen by one degree. As a result, the planet’s population faces constant droughts, heat waves and storms.

The promises of some countries to reduce carbon dioxide emissions made under the Paris Agreement will, at best, lead to a 3 degree warming on the Earth (if at all). Also one of the requirements of the Paris program is a strict limitation of the allocation of greenhouse gases – exclusively in those volumes that are capable of absorbing the world’s oceans and forests.

“It is incredibly important,” said Mitchell in an interview with AFP, “how quickly we will achieve a 2 degree increase.” If this happens in a couple of decades, we simply can not adapt to changes in the climate. ”
Studies conducted at Oxford University have shown that global warming will lead to a drop in GDP by 13 percent by 2100. As a result of a 2 degree rise in temperature, the water level in the world’s oceans will rise by half a meter during the 21st century, and by 2300 – more than a meter. This could be a disaster for almost 1 billion people who live in areas that are low in relation to the ocean.

Warming by 2 degrees will help to avoid absolute poverty and, nevertheless, still lead to droughts, floods and heat. Oman, India, Bangladesh, Saudi Arabia will experience a particularly acute shortage of food in the event of a more significant temperature increase.
Scientists believe that the containment of warming rates within 1.5 degrees Celsius by the end of this century is unlikely. The main obstacle to this goal is carbon dioxide, the amount of which was allocated in 2017 by 1.4 percent.

“Every tenth of a degree is important,” says Professor Mitchell. “Let them not be able to stay within 1.5 degrees, but even 1.7 or 1.8 will be better than just dropping their hands.”

“We can keep the rise to 2 degrees,” Miles Allen, a professor at Oxford University, shared his opinion. “But for this, it is necessary to reduce the amount of atmospheric pollution to zero in the second half of the 21st century.”